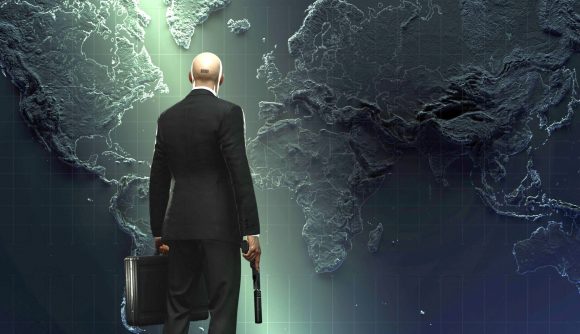 It’s an exciting time for Hitman fans. In a recent livestream chock-full of details about the year ahead for Agent 47, IO Interactive revealed that Hitman 3 – as well as the brand-new Hitman Trilogy – is coming to Steam, and soon. The studio announced the big day as January 20, but now we’ve got the exact time, too.

IOI has revealed that the Hitman 3 Steam release time is 10am PT / 1pm EST / 6pm GMT / 7pm CET. The studio shared the information in a tweet that also reminds fans of the download size (you’ll need 65GB of space freed up on your PC), and gives players details on how to carry over their Hitman 2 progression.

“Hitman 3 is the final game in the World of Assassination trilogy,” IOI explains in the post (sob). “All Hitman 2 players have the option of performing a one-time carryover of their progression, allowing them to start Hitman 3 with their existing profile, XP, suits, items, and unlocks.” It’s worth noting that the process the studio’s linked to above doesn’t let you import your locations from Hitman 2 – this is handled through the new Access Pass.

“Essentially, we have set up H1 and H2 as DLC for Hitman 3,” the devs explain in a previous post, with Hitman 3 letting players access the previous two entries’ locations and missions and “play them all under one roof”. The way to do this is by buying an Access Pass – for example, if you pick up the Hitman 2 Standard Edition Access Pass, you’ll then get to play all of that edition’s locations and missions through Hitman 3.

It's time to prepare for @HITMAN 3's upcoming launch on Steam. Here's how:

“In addition to the option of purchasing an Access Pass,” the studio explains, however, “it is also possible to redeem/download an Access Pass for no additional cost, if you have already purchased that content on the same platform.” So, don’t go ahead and buy a new copy if this applies to you! This advice largely applies to PC players, specifically, too, as consoles will auto-detect what content you already own and create relevant Access Passes for no additional cost. You can check out the full details on this through the link above.

One key thing to note about the progression carryover is that the devs recommend you get this done and dusted before jumping into Hitman 3, as the process will wipe any progress you’ve made.

Hitman 3 launches today, January 20. If you’re after the Hitman 3 system requirements ahead of time, you know where to click.