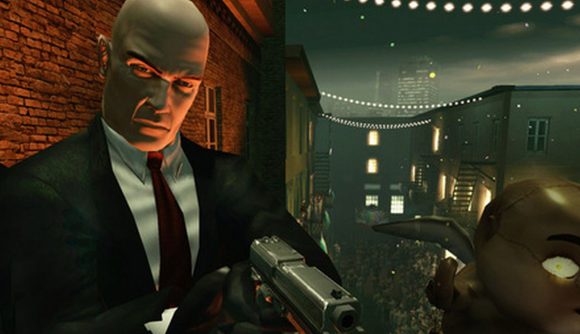 Io Interactive has just announced remastered versions of two of its previous games. In a tweet posted earlier this afternoon, the Hitman developers revealed that Absolution and Blood Money will both receive HD remasters arriving next week.

Blood Money, the fourth instalment in the Hitman franchise, launched in 2006. If you’ve recently been playing Hitman 2, it’ll likely feel pretty familiar – plenty of scenarios from the original title were reimagined by Io during development of the latest game’s second season, and Agent 47’s latest outing is filled with callbacks to the game.

While Blood Money is often thought of as something of the classic Hitman experience, Absolution offered something of a twist on the formula. Putting those hyper-sexualised, latex-clad nun assassins to one side for a moment, I enjoyed Absolution, but it did seem to take a bit of a step back from the more strategic formula that the series had previously offered. Given the stylistic differences between the two games, I’m slightly surprised to see them bundled together like this.

The announcement offers little info about the pairing, dubbed the Hitman HD Enhanced Collection beyond some technical details. We know the games will be playable in 4K at 60 FPS, and that they’ll feature improved controls and lighting. Beyond that, all we have to go on is a release date of January 11.

Sadly, it doesn’t look like the new editions are heading to PC just yet. According to PC Gamer, the titles are being brought “to modern consoles,” but there’s no word of a PC release.

If you fancy getting into some old-school Hitman but haven’t checked out Agent 47’s more recent adventures, check out our Hitman 2 review. As far as I’m aware, it’s the only Hitman game that lets you surf on a dolphin to make your getaway, but that’s no reason not to try the HD versions out as well.