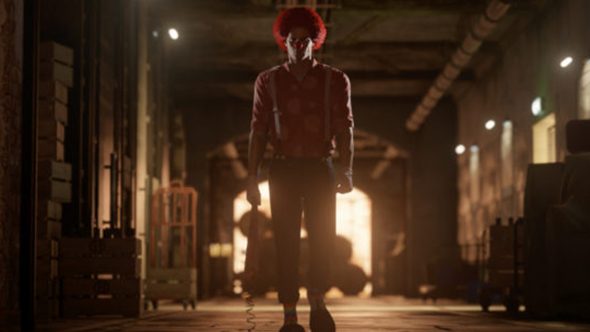 Update, June 6: Hitman 2 will be almost certainly be unveiled tomorrow.

Something Hitman-related is on the way tomorrow, and the teases from developer IO Interactive are starting to come together. Today, the official Hitman account tweeted out a clearer view of the target that was hinted at earlier this week. Her name is Sierra Knox, and based on her jumpsuit it looks like she’s a race car driver – which puts several of this week’s hints into perspective.

Around the time of the previous Hitman tweet, WB Games had a similar countdown teaser featuring an F1 pit crew doing their work in the background. It seemed unrelated to Agent 47 at the time, but now that countdown (and the race theme) lines up with the date of the promised Hitman reveal: 10:00 PDT / 13:00 EDT / 18:00 BST on June 7.

Whether you’re the murderous type or a simple builder, play your way with the best sandbox games on PC.

The latest WB Games tweet even shows a sniper rifle taking aim at an F1 car, if you needed further convincing. Earlier this year, Warner Bros. was named as the publisher for the Definitive Edition of the previous Hitman season, and it seems that deal will continue. You’ll be able to watch the reveal for whatever the new Hitman thing is at WB’s streaming site.

Of course, chances are that this new Hitman thing will be called ‘Hitman 2,’ judging by a leaked logo which you can see below. The new logo, which was quickly spotted byEurogamerbefore being pulled, removes almost all doubt: we’re about to see Hitman 2 (here’s thelogo’s original URLif you’re curious, or if you enjoy 404 errors).

Since 2016’s Hitman reboot was brilliant, this is obviously great news, but the omission of the word ‘season’ from that title raises questions about whether its episodic structure will return. Personally I hope it does; it was an innovative way to present a game that encouraged several playthroughs of the same level while waiting for the next, immersing fans in the game and keeping them invested for months rather than weeks.

We’ve known for a while there’s a significant new chapter for Agent 47 on the way, with IO Interactive having alternately called their upcoming project “our next Hitman game” or “Season Two.”

If you’re worried this is all just elaborate publicity for a new Elusive Target: IO published the Elusive Target schedule androadmapfor June a few days ago, so any further slots in that rotation have been filled. The developer also learned their lesson about the rampant speculation that accompanies these teases withlast year’s content update, and since then have been pretty explicit in making clear when they’re not announcing something on the scale of a Season Two or a sequel – this tease offers no such caveats.

Good afternoon, 47. The profiles have been uploaded. Your next target is… pic.twitter.com/0l1Tyu4gho

With E3 on the way and plenty of studios making their big announcements ahead of the show proper, this is likely to be a newsworthy week for Hitman fans.