As promised, the Hitman beta arrives for its stint on PC this weekend after swanning around on the PS4 a few days ago. It’s running all weekend, but we know what great lovers of time you are, so we’ve got the exacts on that below. Plus the trailer, and anything else you might need.

Where does this sit on your list of most anticipated upcoming PC games?

Alright, so when can you get sneakin’, killin’ and bald headin’ your way about the place? Whether you’re NA or EU, it starts today at 08:00 PST / 13:00 EST / 16:00 UTC / 17:00 CET. That’s about an hour and a half from now, so get the bottles in. It will finish at the same time on Monday, so you’ve got all of Sat and Sun no matter your region, as well as either today or Monday depending on your side of the Atlantic.

In the beta is The Prologue, the first chapter of the upcoming episodic releases and roughly half of what will be available in the release version of the game, to be expanded on later. It’s exactly what it says – an introduction to the story and characters involved, as well as the mechanics of the game itself with all its massively open areas. You’ve gotta pre-order to guarantee access, and the whole thing will be distributed via Steam, meaning you can pre-load now if you already have access. 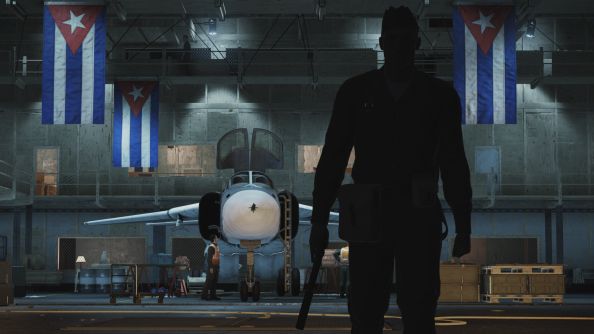 Original Story Feb 8, 2016:Hitman is getting a pre-order beta and it starts on PC on Friday the 19th of February, a week after its PS4 counterpart. In it, you’ll get to play a pair of Agent 47’s training missions that also show how he was originally recruited into International Contract Agency and met his handler. If the plot stuff doesn’t bother you, it’s also an introduction to the game’s mechanics for missions.

The official beta launch trailer suggests that one will take place on a boat, while the other is in some sort of warehouse facility. It’s possible they’re actually the same location, it’s all a bit jump-cutty-sark.

That guard getting snuck up on in front of the mirror – that’s a Darwin Award death if ever I’ve seen one. 47’s hand was half-way round your mouth before you noticed the reflection, mate. And what about that guard watching his friend get thrown from a ledge above him like “more’n mah jobs-worth tae check on it”? You just cannot get the staff these days.

Pre-ordering is the only way to “guarantee access”, but it’s possible a more open option will be unveiled later on. It will run the length of the weekend, so you’ll have plenty of time to power through or find all the different ways to be the captain. You can grab iton Steam, and any one of the versions of the game will grant you access, so feel free to just grab the cheaper Intro Pack if you’re not sure.