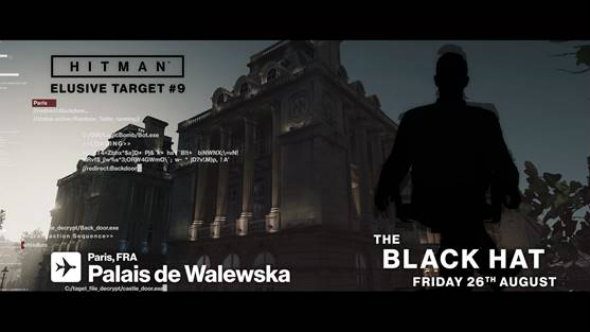 Hitman’s new Elusive Target is live and this time you won’t know his face – you have to track him down by other means.

There’s more creative murder in our list of the best sandbox games.

Elusive Targets are limited time hits in Hitman, and you only get one shot. If you screw it up, they’re gone forever. To make things more difficult, you can’t use Agent 47’s heightened senses to identify them through walls – you have to do that manually.

In this case, you need to find a certain brand of orange jam and take out the person who’s addicted to it. Bringing along some poison seems like a good idea.

Usually there’s a bunch more information on the target, but the official site is all messed up, because the target is a hacker, you see. We do know The Black Hat target is called Owen “Protagonist” Wagner, and we know he’ll be hiding somewhere in Paris, but it’s up to you to uncover the rest.