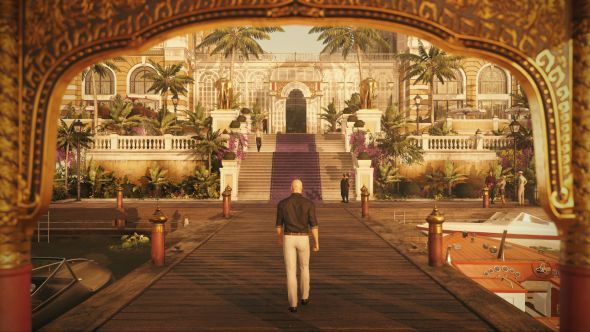 That’s Hitman taking off again, this time it’s Thailand-bound, with Episode 4: Bangkok sending you after a murderous pop star and his lawyer. Turns out you’re more than just disgruntled at his musical stylings, he did actually (probably) kill someone, and their family wants revenge. As usual, a new area means more than just one story mission for Hitman, with loads of new challenges and a series of tweaks to the game as a whole.

So that should keep you going until Deus Ex is out, anyway. Square Enix are about to have a very good month, we think. There will also be new contracts and targets from the Live Content program set in Bangkok – expect an elusive target before long.

Io Interactive have also made it easier to look for player-created contracts with a lookup feature, and have added a detailed weapon view mode to make it easier to see what each is capable of. They’ve also “overhauled” pop-up messages to be more consistent and give better information.

See the full list of bug fixes and improvements over on the official site.