Agent 47 is heading to Colorado, US, to sneak into a training camp for a private militia group in the next episode of Hitman, arriving later this month.

If you don’t like playing by the rules, our list of the best sandbox games will be just what you need.

Freedom Fighters, as the episode is called, might just be Agent 47’s toughest Hitman challenge yet. Paris, Sapienza and all of Hitman’s previous missions have been mostly decked out with civilians, but here he’s entering a compound full of armed loons. Saying that, even the civilians could be armed – this is America.

The camp is tucked inside a Colorado farm compound that’s been converted for military-style training. I’d imagine the militia’s ranks are filled with the sort of people who talk about jet fuel not melting steel beams and the Earth being flat. Be careful in there, baldy. 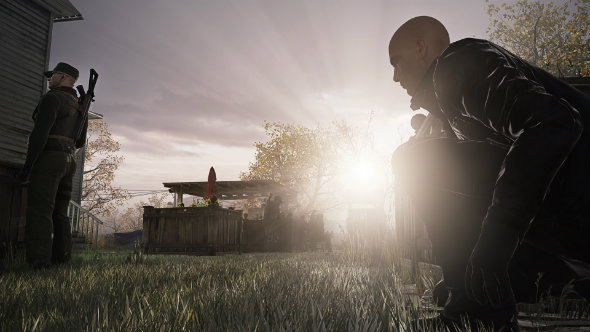 Once inside, you have to take out four targets. I wonder if there’s a way to line them up and do it with a single sniper round.

Obviously the new episode will come with all-new disguises, gear, weapons, items and challenges. It’ll also build the story up to the end, which is coming later this year with the arrival of the finale.