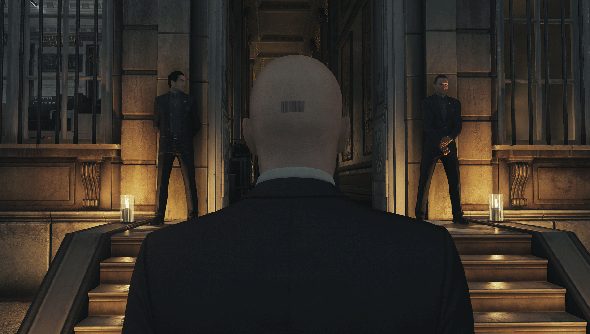 Hitman’s headline feature is the significant increase in active AI-controlled characters. Where Hitman Absolution featured 30 to 40 of these active participants in a single level – the rest of the non-playable cast mere vacuous dolls without needs, wants or the ability to interact with you – this upcoming release features some 300.

It’s all Io Interactive head honcho Hannes Seifert is interested in talking about for the opening minutes of my private walkthrough of a level set against within the narcissistic throngs of a private Parisian fashion show.

What Seifert means by ‘active’ AI is those that will react to suspicious goings on, those that can be tricked, stolen from and generally used as a means to an end. This bunch has personal goals to fulfil (as simple as a waiter needing to serve food, or as complex as security having to check everyone that moves through private areas) giving you a point around which to pivot and exert influence upon them.

Your target, for instance, might be a crime lord living a life of luxury in the penthouse of the mansion hosting the fashion show, but to get at him you need to engage with the great unwashed roaming the event. Interrupting a live TV news broadcast might cause the cameraman to become angry; prompting him to look for a new location secluded enough to rid himself of your seeming obnoxiousness. His relocation gives you a chance to knock him out, don his threads as a disguise and use the camera as a pass to VIPs looking to get their mug on the news. 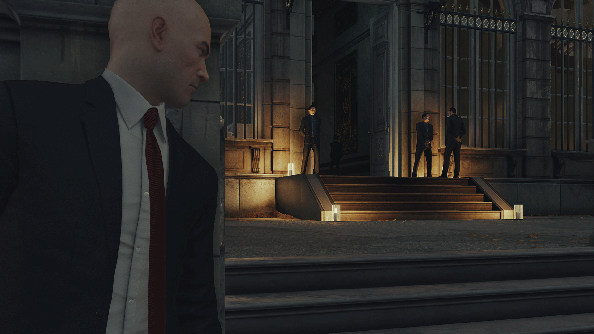 Or you might want to poison some food, but doing so when the waiters are around is impossible given the speed they pick up and serve plates from the kitchen. Distract or incapacitate a few said waiters and the food will start piling up at the pass, giving you more opportunity to poison it.

Poison a catwalk model by sneaking into the dressing room and dropping some juice into her water and watch how the crowd and organisers react to a bag of bones collapsing mid ‘performance’. That should create enough commotion for you to slip past any gatekeepers and head upstairs towards the main man.

In essence, then, new Hitman is much closer in spirit to the systems and concepts of Blood Money than it is to Absolution. That’s a good thing.

The same level can be played multiple times, the quantity of quality AI designed to provide a human-like degree of unpredictability that makes repeat visits to the same stage worthwhile. That’s how the idea goes, at least. From what I’ve seen the idea seems to be becoming reality.

A story links the missions together, but there’s nothing in the same vein as Absolution’s reliance on cut-scenes to tell the story. Most of the narrative is contained within conversation that you may or not pick up during the course of a mission – what you overhear depending on what you’ve done to influence your fellow inhabitants’ movements, openness and interactions with each other. 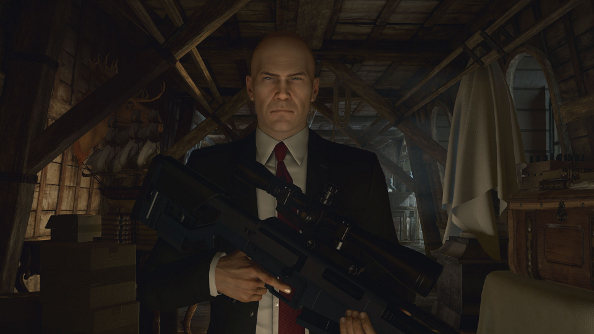 Resultantly, then, Io cannot afford to incorporate lengthy scenes of plot-essential dialogue for fear that you’ll miss it. Our Paris mission can feature a moment in which the crime boss appears on the catwalk to greet the guests and give a speech. The speech has a value to the story, but it’s not vital to your understanding of it. Depending on what you do the speech might not even take place, as would probably be the case during a model poisoning.

Multiple playthroughs are required to pick up on absolutely all narrative intricacy, then, providing a secondary reason – in addition to mixing up your means of assassination – to wade through the same place twice or more.

Should you perform a particularly daring or intelligent feat then you can challenge others to do the same through the same Contract system present in Absolution. It’s here that Seifert gets especially animated regarding the 300 actively participating AI models, the sheer volume opening up much greater complexity and more possibilities when it comes to setting up tasks for others to knock down.

The potential options become especially challenging to quantify when you take into account the sheer scale of this Paris level. It dwarfs anything ever seen in past Hitman outings and, while we don’t know whether every stage will be of equivalent scope, there’s no fear of becoming stuck for options in this instance. 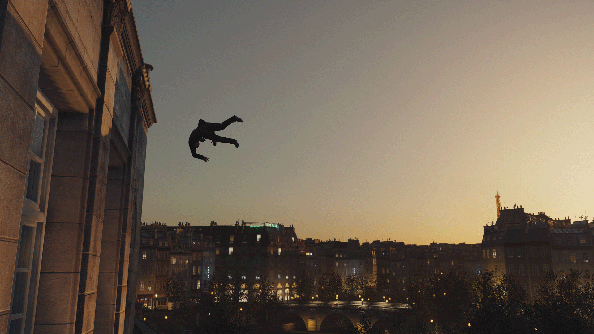 Being a fashion show of apparently considerable importance, only the finest mansion will do and that’s what Io has provided. The place is four or five storeys tall and is made up of multiple wings that flank an enormous central chamber, within which is constructed the catwalk.

Below that is a basement, above it the roof. Both can be explored: the former by figuring out how to avoid courting suspicion on entry, the latter by shimmying up a drainpipe or similar. There are likely other ways of achieving the same goal…

Surrounding the building is a collection of gardens, car parks, courtyards and a small, private marina housing a collection of speedboats ready for sailing on the Seine. It’s a scene of gross excess, but that excess is exactly what unlocks your options and, in turn, your creativity.

It’s heartening to see a studio react to the negativity many fans aimed towards Absolution by going back to basics and refocusing itself on what it knows it can achieve to a standard makes others envious. Our demo looks very much like a return to the time when Hitman was a franchise sheathed in deserved respect and charisma, abandoning the clichéd and predictable concessions Absolution made in its attempts to court a larger audience.