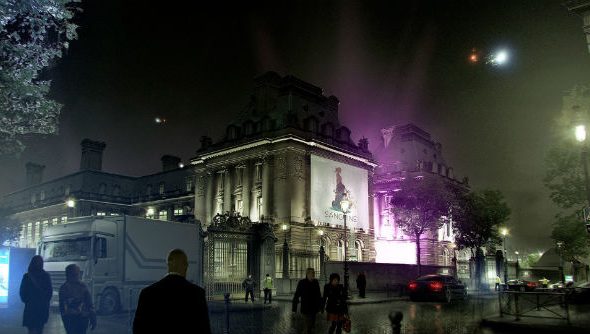 The next instalment of Agent 47’s brutal adventures will be episodic in the truest sense of the term after all. Hitman will still release on March 11 as planned, but will only include the prologue and first mission, with the rest staggered throughout the year.

So that means Sapienza, the beautifully serene Italian coastal town we got a swatch of a couple of months back, won’t feature at Hitman’s launch. It will, according to Square Enix, be with us by April; as will Morocco by May. After that, we can expect “regular monthly content updates” – the pick of which is three new locations: Thailand, American and Japan.

“We decided to take the full leap and publish Hitman as a truly episodic game experience,” says Hannes Seifert, Io-Interactive’s studio lead in a statement released today. “Part of that decision is for that little bit of extra time to ensure every location we release is at the quality level fitting for a Hitman game.

“But the main driving reason is that this will allow us to create a living game that will expand and evolve over time and establish a foundation for the future – this is the first game in a storyline which will continue and expand with future Hitman games.”

Yesterday, there was a bit of commotion among PlayStation owners after Hitman was pulled from the PS Store and prospective players’ pre-orders were cancelled. Sony posted on their community forum saying Square Enix had informed them the “configuration of the product” had “changed significantly” and thus this was why refunds were doled out. It seems the news that Hitman is to be episodic marks this notable change.

Pricing-wise, the Intro Pack – which contains the base prologue and Paris levels – will set you back $15, the new locations will go for $10 a piece as add-ons, and the Full Experience – which includes of this year’s stuff as it gets released – comes in at $60. An Upgrade Pack that lets you upgrade to the Full Experience will cost you $50.

Hitman is due for release on March 11.