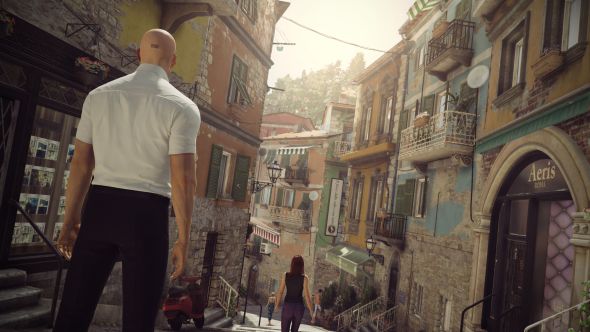 Now that all its season one episodes have been released, last year’s Hitman is getting a physical release. But why are we telling you, the expert player who’s beaten the game in every conceivable way and is looking for a new challenge? Because, to celebrate the disc release on January 31, a free update will be applied, adding a new ‘Professional’ difficulty level.

More of a scalpel than a comedy sledgehammer? Try some of the best stealth games on PC.

The super-tough new difficulty adds strict new item rules so you’ll be noticed carrying suspicious objects, disguises can spoil depending on how you kill their former owners, saves are limited, security camera rules and AI behaviour have both been tweaked and more, as laid out in the image below. 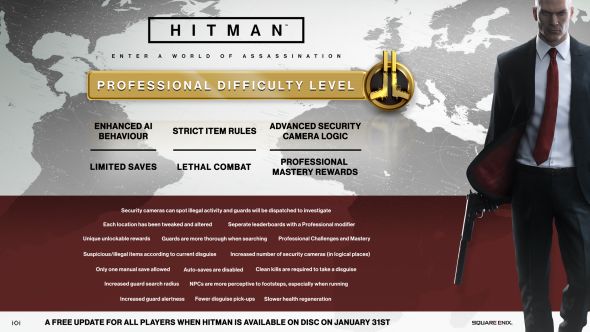 For a bigger version of this image, click here.

Publishers Square Enix promise the new difficulty will offer “everything needed to challenge even the top players”. As fair recompense for all your hard murdering, Professional difficulty will feature its own mastery track with unique rewards. It’ll be available for all story missions except the prologue. To unlock the new difficulty, you’ll need to reach Mastery Level 20 for each location.

We liked Hitman. As you can see in the video, Joel picked it as his GOTY 2016. If you’ve yet to get in on the fun, now’s a great time, as the complete first season has just been released on Steam in one convenient bundle.