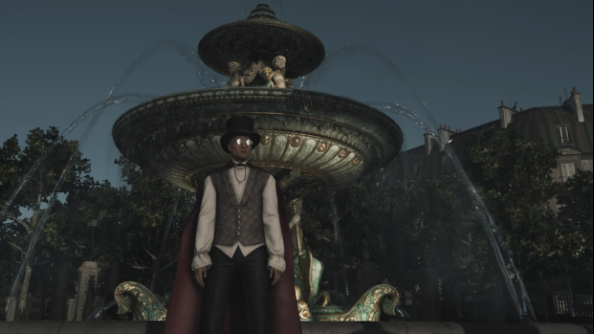 Update: Square-Enix have revealed that the first Elusive Target is a painter, in Paris, and available from 5pm BST / 9am PDT today.

We knew Elusive Targets were on the way for Hitman, but now we know when and where. Sergei Larin – a forger of fine art – will be in the Paris level for 48 hours starting in just under two. There’s a trailer to introduce him, his rather murderous wife, and the elusive rules.

If that dangerous exploration is your jam, here’s the best sandbox games.

Get your first glance at ol’ Sergei here:

Here’s the elusive target release times for a few regions:

Original Story May 12, 2016:Hitman’s episodic structure isn’t the only way it’s being improved over time. This weekend the first Elusive Target goes live. These are time-limited, so the target will only be available for the weekend. They’re also one-shots – you go in, you try to find the target, and when you do you have to kill them then. If they get away, or you’re killed, that’s it, you’re never getting that target, and hopefully you recorded it for YouTube so everyone can see your shame.

There’s to be a few of these, and they won’t all be announced with such fanfare, but Square Enix are making sure everyone knows about this one to get some eyes on the feature. They advise that “there may not be so much warning next time so keep your ears close to the ground visit the forums or follow HITMAN on social media to ensure you don’t miss out” – probably not going to be a total secret then, at least.

It’s a fairly cool thing, and something they’ve been working on for a while, originally supposed to launch soon after the first episode. We’re deep into episode two now, with three – set in Morocco – at least on the hypothetical horizon, even if no date is announced. Let us know how you get alone with the first elusive target in the comments.