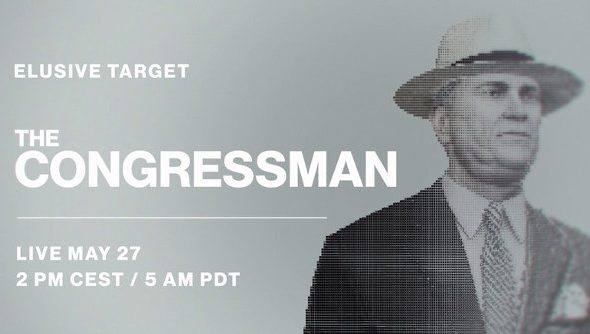 Agent 47’s next target has arrived. Episode two of the series, Sapienza, has a congressman for you to take out between now and this time Sunday. Hitman’s elusive targets only stick about for a couple of days, and you only have one shot at them – miss, die or otherwise fail and it’s all over for that go round. Io have never said if they’ll repeat hits, so it could be your only chance.

Hitman’s third episode, Marrakesh, is due out at the end of the month. Matt was a big fan in his preview.

Further details are scarce, as they should be for what is designed as a timed, one-off challenge. Rumour has it he’ll be out on the streets rather than inside the labs and mansions that most of the main Sapienza mission takes place in, but exact routes haven’t been announced, nor specific descriptions of what he’s doing there and why. Expect a lower completion rate on this one than the more-spoiled first elusive target.

He’s an old bloke in a hat though, and how many of those can there be on a sunny island? Should be an easy spot. Let us know how you get on in the comments.