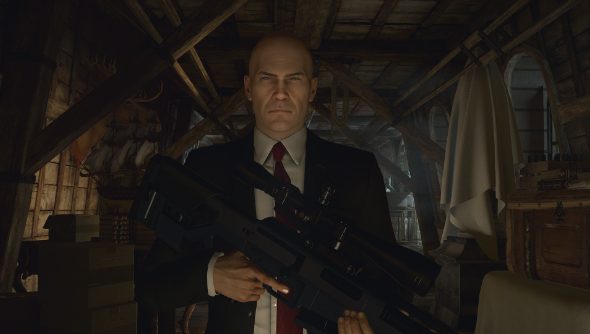 Hitman’s new gameplay trailer shows us 15 minutes from its ‘Showstopper’ mission in Paris. Here you’ll be looking to take out fashion brand owner, business magnate and secret spy ring leader Viktor Novikov as he runs a fashion show that acts as a massive, murderous sandbox for Agent 47.

Rather than having your options hamstrung by the narrative, each mission in the new Hitman will begin with a briefing, followed by loadout selection, just like the the good old Hitman games. This gives each mission the potential to be played in different ways, which should gel well with what are apparently the biggest locations ever created in a Hitman game.

There’s a bit near the start of the trailer where Agent 47 walks in front of a news camera and the reporter reacts to him interrupting the broadcast in a neat, though not very stealthy, little touch. There can be up to 300 of these “fully simulated” NPCs in a level, any of which can be a potential target in the returning ‘Contracts’ mode. Combined with the crowd NPCs, it makes for a dense-looking environment. 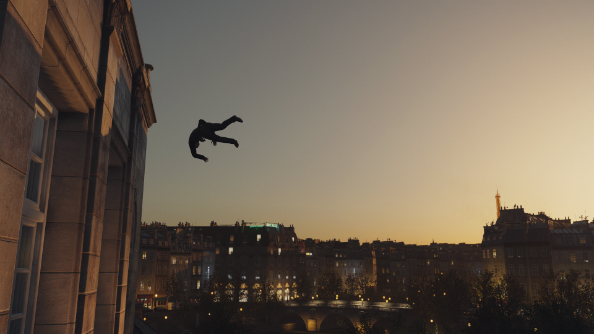 The trailer does’t just show off what’s been added, though, as that horrible mechanic that makes anyone wearing the same outfit as you spot you in Hitman: Absolution seems to have been kicked into the sea, replaced by more sophisticated system that allows only special NPCs, like bodyguards, the see through your disguise. These characters are called ‘Enforcers’ and are marked in-game by a handy floating triangle. Enforcers differ by disguise, which makes much more sense than Absolution’s system.

IO Interactive seem to be listening to the criticisms leveled at Absolution and are making intelligent tweaks to please series fans. The video has me pretty convinced and I can’t wait to see more. See for yourself below.