IO Interactive’s next Hitman game will be with us in March, but not all of it. Rather than going with the traditional method of shipping a full game with a start, middle, and end, IO are experimenting with a game released in stages over several months.

Gamers are often a cynical bunch, so it’s no surprise that the internet reaction to this has been somewhat negative. I’m more optimistic, however. I think it’s about time triple-A publishing started to mix things up a bit.

Episodic gaming is a divisive subject for gamers. Valve seem to have left an everlasting sour note on it since the massive wait between the Half-Life 2 episodes (and the complete absence of Episode 3) but it’s been working for Telltale pretty well. Over in adventure land, being episodic makes sense: as interactive dramas, they work like television shows or comic book issues. They have narrative push, with obvious cliffhanger breaks to split at. But a television-like approach doesn’t have to work solely for narrative-focused games.

I watch a lot of television, primarily in the traditional week-by-week format. Episodic viewing suits a more hectic lifestyle thanks to it only taking an hour of your day each week, and those of you now beyond school or university will understand exactly why that’s important. Time is precious as an adult. 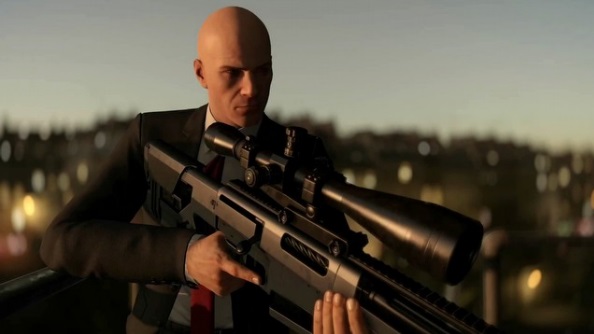 But that’s not the only important thing: a new episode is an event. It’s that special time each week where for an hour you can sit down and enjoy your favourite characters and settings, and enjoy the unfolding drama. Having something regular to look forward to is genuinely a really enjoyable thing. Marathon a show on Netflix and it’s gone in a weekend. Watch a show on TV and it’s reliably with you for twenty-two weeks (unless that show’s called Firefly).

You could argue that you can easily replicate episodic gaming with a full product. I could go play Hitman: Blood Money right now and only play a couple of hours a week until I complete it. What’s more likely to happen though is that one day something will happen and I’ll forget all about it. An hour a week is just pacing myself: a new episode is an event. It also comes coupled with a set of trailers and news articles to remind me that it’s coming.

An episodic structure doesn’t just offer convenient, digestible chunks of content though. It forces developers to be smarter with design. Each episode released has to be exceptional. In many ways an episode is a whole game in itself, and so needs to offer a significant amount of options for players to engage with. Imagine if IO released a duff Hitman episode that was overly scripted and featured just one way to kill the target, like some of the missions in Absolution. In a full game it’s easy to just power through the bad, but with the new Hitman approach noone will be returning for the next episode.

To ensure people are back for more, each episode needs to offer both a compelling single play through for those who will approach the game like television, and a huge toy box of deadly opportunities for those who want to spend an elongated amount of time with the game. Both types of players need a reason to return next month, so creating an exceptional experience for all approaches is mandatory.

Oh, and that’s a thing: monthly. Episodic content really only works well when it’s regular as clockwork. Game development is a tricky business and setbacks to happen, but to make episodic work on triple-A scale the release schedule needs to be flawless. It’s all part of creating that ‘event’ feeling. 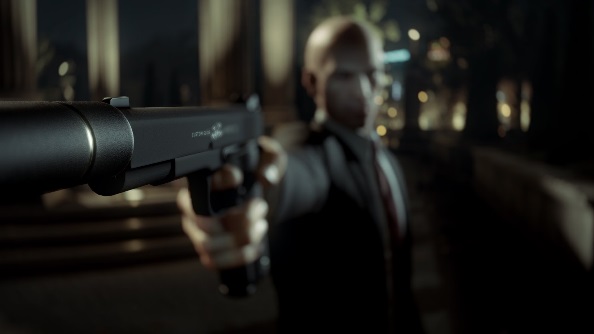 There’s lots of potential in a new method of publishing, but it does involve companies doing the ‘right thing’. Since the dawn of Early Access we’ve all sat in fear of the day that huge companies decide to start releasing unfinished, broken games under this guise in the name of making a few million far earlier than normal. It’s easy to think that that’s what Hitman is: Early Access from a company who doesn’t need it. IO have explicitly stated that Hitman is not Early Access, but since they’ve yet to clarify what it actually is no wonder people are being cynical.

The other problem with episodic structures is payment. The cost of entry is the ‘full game’, which of course means that publishers get the full pay packet even if you never proceed past episode one. Admittedly this is true of any game – I’ve paid full price for many games and never managed to get further than an hour in – but episodic offers the chance for developers to charge by what you consume. It also allows players to vote with their wallets, indicating to the developer which episodes are hits and misses.

Since the dawn of gaming, major titles have stuck to a very simple formula: make the game, stick it on a disc, and put it in shops. We’re still gaming in much the same way as when we pushed floppy discs into our machines to play Doom. But the days of fast, reliable internet has been with us for years now, and it’s past due that game development and publishing started learning from other industries. This isn’t a cry for everything to be episodic, but for more interesting decisions to be made during the conceptual phase. Metaphorically: is this a movie or a TV show?

Triple-Ais typically risk averse due to the colossal money involved, but that money is the exact reason these companies should be taking a few risks on the road to innovation: they can afford to. Hopefully IO’s Hitman shows the positive possibilities of episodic structure, and encourages other big studios to start mixing things up a little.