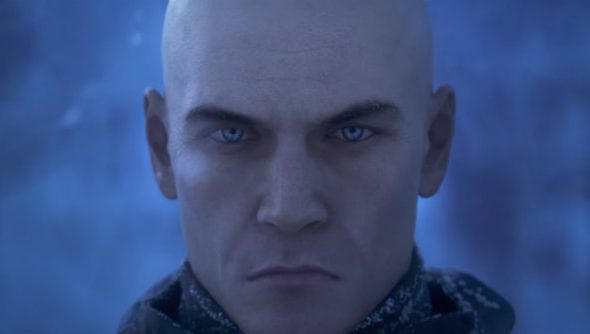 Wondering what else is on the horizon? Take a look at our list of upcoming PC games.

Hitman’s Escalations are a wonderful idea. We’re already rather intimate with the first episode’s Paris map, but a steady trickle of new targets and parameters will keep us plugging away until Hitman’s Italy-bound second episode lands in April.

The first new Escalation Contract is called “The Holmwood Disturbance”, and tasks players with heading to the attic, slipping on a vampire magician outfit and eliminating Faustin D’Aoust with a bullet. With each successful attempt more obstacles are placed in your way, along with more restrictions: extra security cameras, an additional target, disallowed pacifications, and forcing you to escape by speedboat – make sure you grab the keys!

The second Escalation Contract, “The Mandelbulb Requiem”, requires Agent 47 to eliminate Michel Charest while dressed as a Palace Staffer. Later versions ask you to hack a laptop, contend with extra security measures, and even mix it up with a different disguise.

One of the best things about Escalation Contracts is how saving is disabled, forcing you to live with your mistakes and adapt, using whatever tools you’re allowed to dig your way out of bad situations. This tiny alteration somehow makes it feel more pure, and the hits feel by your design, rather than the game’s.