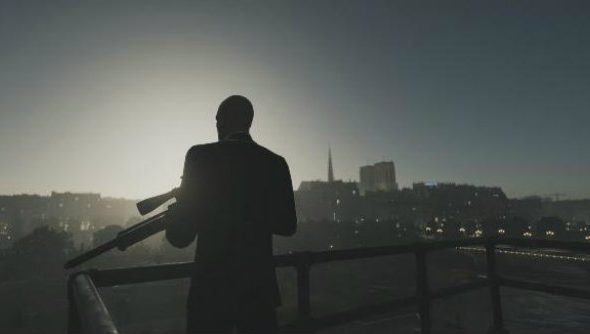 Hitman’s season premiere trailer has Agent 47 playing dress-up across a bunch of varied locations, giving us a sneak peek at future installments of his episodic adventure.

Hitman’s sizable playgrounds look ripe for experimentation, just like the worlds in our picks of PC’s best sandbox games.

As well as getting another look at the training facility of the prologue, as featured in the beta, and the incoming Parisian fashion show of episode one, the trailer gives us some glimpses of the baldy butcher’s future… Or past… Or whatever it is… Shut up.

From infiltrating a quarantine facility to blending in among rioters on a Middle Eastern street, it looks like we’ll be getting a good mix of stabby sandboxes.

Though the art direction in Hitman: Absolution was pretty great, there was nowhere near this sort of world-hopping variety – mainly because that game was a slave to its story – but Hitman’s episodic structure seems to have given the developers some much needed creative freedom.

Before all that, though, we’ll be getting our hands tightly wrapped around that iconic fiber wire in Paris on March 11. If you look closely in the new trailer you will spot the Italian coastal town of Sapienza, which is dropping in April, and you’ll get a first glimpse at the Moroccan imperial city of Marrakesh, arriving in May.

Have a watch of the slick new trailer below: