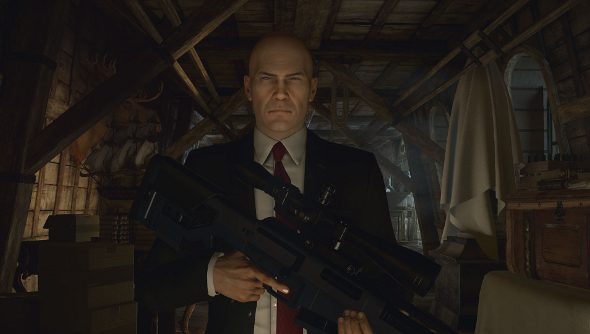 In an era of convoluted business models, IO’s upcoming Hitman still manages to stand out as particularly strange. It’s some kind of monstrous hybrid, the product of season pass, an episodic game and an early access title taking a radioactive bath together.

Underneath the peculiar model is a promising game that’s more evocative of the superb Blood Money rather than the disappointing Absolution, but one important question remains unanswered: what will early adopters be getting at launch?

IO’s still not telling, but in an interview with PC Gamer, studio boss Hannes Seifert promised that we’d all find out very soon. He said that IO would spill the beans not long after Gamescom, and with Gamescom now over, expect details shortly.

And the reason for them not pulling the trigger just yet?

“We know that when we do something that new and ground breaking, people have questions … What we want to do is we want to be very clear about what comes when over the course of the game.”

Something with the Hitman name will launch this December.