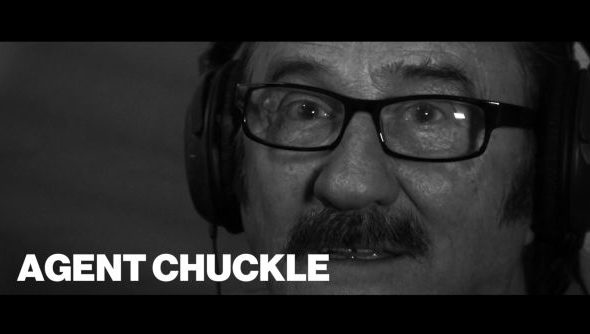 You maybe don’t know of The Chuckle Brothers, but as someone who grew up as a Brit in the 90s, they are as ubiquitous with slapstick comedy and CRT television as Charlie Chaplain and France being good at football. They’ve taken on Square Enix and Realm Pictures’ Real Life Hitman set, and it’s perhaps the oddest merging of different periods of my life as is possible.

Hitman is one of our most anticipated upcoming PC games.

The set up and challenge is the same as it was for the batch of YouTubers whose videos were posted earlier in the week, though with a few unique, um, twists to personalise it to the pair. Best just to show you, really:

For our American audience, or anyone else unfamiliar, the song they commented on is the Chucklevision theme from their twenty-year stint on British TV. The “to me, to you” was their catchphrase that became a household phrase all over the nation.

What they didn’t get up to quite so much on their kid’s comedy show was shooting people in the head or strangling them with wire before disposing of their bodies in burning cabins. Paul Chuckle is particular into it. Is everything okay, Paul?

Original Story Mar 9, 2016:Realm Pictures are a British film studio who have experimented with integrating what they do with gaming – making real-time, interactive experiences using professional equipment and actors to create something people can play, but is also actually happening. Io Interative contacted them to do exactly that for Hitman, build a level where various people – in this case YouTubers – could control an actor playing Agent 47 as he tried to assassinate an arms dealer. Somehow, they actually pulled it off.

Yes it’s marketing, but it’s also fairly extraordinary. They ran the scenario several times with a variety of YouTubers, each finding different routes into the mansion for actorLiam Brennan, playing 47, to take. They then find various ways to reach their target through the building and pick from a few methodsways to take him out, from remote gun turret to dropped statue in true Hitman fashion. Naturally a few get it wrong, getting 47 killed in the process. Watch the full thing here:

It’s an impressive amount of work, especially considering how many times the scenario had to be ran for all the different groups. The editing makes it difficult to tell exactly how long each run took, but even at ten to twenty minutes, it’s amazing coordination. Seeing how it was all put together helps a lot, and thankfully there’s a behind the scenes vid that shows all that too:

As someone who has experimented with streaming, just getting all those different audio sources to play nice is a challenge. Mix in the amount of technology it must have required, plus doing it all live without much of a buffer, and it’s incredible work. Some great touches too, like getting 47’s voice actor in to provide his talents, and the details of 47’s movements that Brennan gets just right.

Hopefully this proves successful for Io and some more companies pick it up as an idea. Realm are clearly talented, and I’d love to see what they’d do with other, similar challenges. Give them a sub on YouTube if you feel the same.