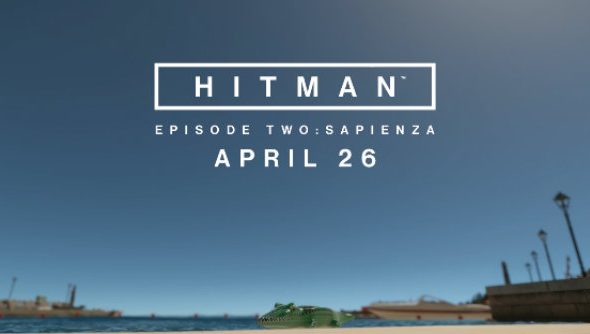 Hitman Episode Two, Sapienza, will release on April 26, which is slightly later than people were probably expecting after the first episode’s March 11 release. I suppose patience is a valuable trait for meticulous murder professionals.

Our upcoming PC games list is also full of things that aren’t out yet.

Luckily, there are some improvements being made to the base game in the interim, which will arrive along with a batch of new dress-up challenges inspired by the community. It’s time to break out the vampire magician outfit again.

Among these, an issue where people would be granted an incorrect score when getting a “0 second” time bonus has been fixed. A leaderboard reset will be implemented later on to account for the wrong scores. If you have a world class run, sorry about that.

Another issue that’s been solved is with people missing their Requiem Pack DLC items, which should be restored when the update lands. For those affected, these items will now be available to choose from the planning screen again.

Other than that, it’s just a case of squashing bugs and improving general stability. Hopefully we soon get word on Elusive Targets, because we’ll need something to tide us over once these ten challenges have been smashed.