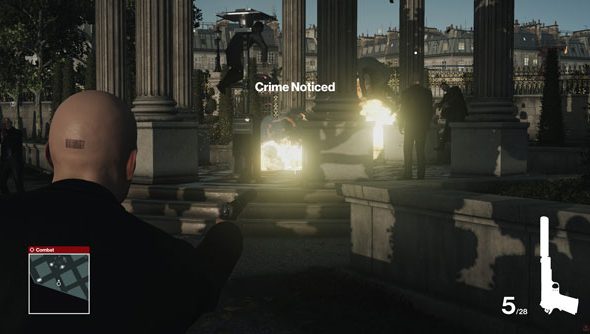 The bald, besuited antihero of the Hitman series has always thrived when not too tied up in story and insights into who the man behind the number 47 really is, and is allowed instead to diligently and expertly execute his craft in whatever way we choose. Operating in a corrupted world of big money and high society, 47 eliminates bankers, businessmen, gangsters, and other powerful individuals whose recklessness make them a liability to whatever shady web of global puppetmasters his employer’s clients belong to.

Is Hitman set to join the list of the best PC games 2016?

‘Cold and intelligent with a smattering of sardonic humour’ is a description we can probably agree on for the Hitman series. While it lost sight of these traits with Hitman: Absolution, the succinctly-titled Hitman (less succinctly known as the new/episodic/experimental Hitman) certainly strives to recapture them.

Having poured several hours into the Starter Pack, spent an hour on the upcoming Sapienza mission, and peeked through the keyhole (vintage Hitman reference, anyone?) at what lies beyond, I can say that although this ‘season’ of Hitman hasn’t yet attained sublimity, there are signs that it might yet do so. 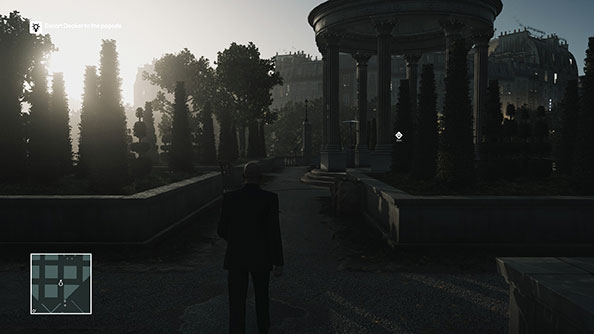 Showstopper doesn’t need much introduction if you’ve been following Hitman’s development until now – a grand Parisian palace, a fashion show with hundreds of guests, an oligarch couple to take out. Simple.

The tone captures everything we always imagined Hitman should be – slick, dark, and filled with vapid caricatures of society’s elite (that are great fun to listen to if you get the chance). With the tons of tuxedoed people crammed into the palais’ regal interiors, it feels like the perfect spectacle to introduce us to Hitman’s latest offering.

But like the fashion show at the centre of it, while Showstopper makes an excellent first impression, digging beyond the surface reveals it to feel a bit synthetic. Yes, it captures that grand, symmetrical palace design very well, with no room being off-bounds and each one containing some tool, or person, or open window to aid you in your mission, but it’s a sandbox with an emphasis on the ‘box’ – rooms-upon-rooms-upon-rooms clearly designed towards the loose new Contracts-based style of gameplay rather than the more focused missions of prime Hitman (Blood Money, in my eyes), which revolved around one or two main targets even on the most open levels. 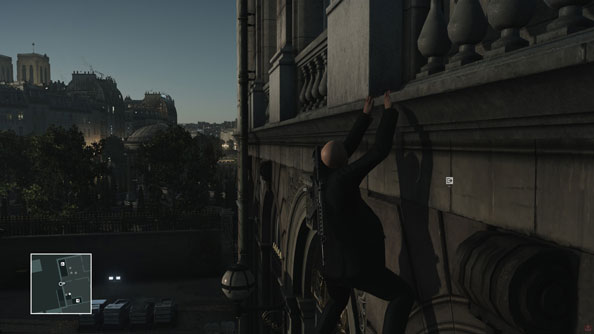 Not that the new focus on player-created contracts and Escalations is necessarily a bad thing, and I’d never argue that Hitman should be more linear. I’ve had plenty of fun with the arbitrary assignments like killing Joe the Waiter with a Fire Axe while dressed as a magician, or working out how to hide the bodies of my assigned targets within 90 seconds.

Such missions will be pretty much infinite and that’s all well and lovely, but they are also extremely gamey, emphasising Hitman’s artificiality and dulling some of the expert-assassin fantasies that the series used to evoke. In its sensible symmetrical design and beneath its glitzy facade, Showstopper is a neutral sandbox space that’s a little lacking in the icy Hitman spirit.

The greatest Hitman missions make you feel like a shadowy intruder working within a domestic or everyday space. Blood Money’s ‘A New Life’ is the perfect example of this. By no means the largest level in the Hitman series, it presents us with a familiar and idyllic scene: a sleepy summer’s day in wealthy American suburbia, where 47 – his black suit a menacing exclamation mark against the bright environs – is tasked with taking out a retired mobster on his kid’s birthday. 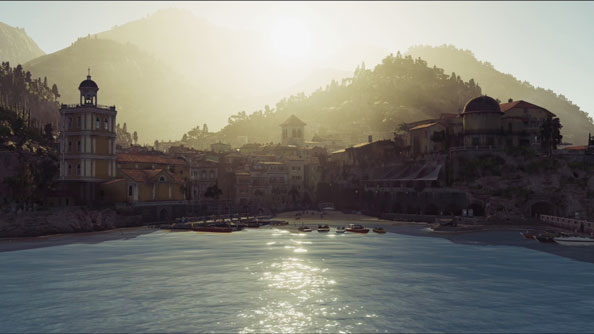 The mission feels sardonic and deliciously dark, not only having the perfect tone but also a tight gameplay structure, filled with opportunities for taking out your target that feel natural while being completely, meticulously deliberate.

Showstopper lacks that kind of organic design, but the mechanics are unquestionably in the series yet, honed towards the more stealthy play style of the Hitman of old. Even the ‘Instinct’ vision – so intrusive and handholding in Absolution – is implemented elegantly here, depicting people behind walls as minimal white outlines, as if any one of them could easily be reduced to a chalk outline on the ground at 47’s hands.

But these mechanics need the right environment to flourish in, and it’s only after playing the second mission (due out in April) that I felt some of that old Hitman magic coming back to me. The mission takes place in the fictional mediterranean town of Sapienza – a large, lush section of a medieval town that weaves from castle ruins at the top of a cliff, down a cobbled street towards a seafront where you’ll find a church, a beach, and a yacht-filled harbour (there’s just no getting away from the rich and powerful in 47’s world). At the town’s centre centre is a mansion, and within that mansion is your target, Silvio Caruso. 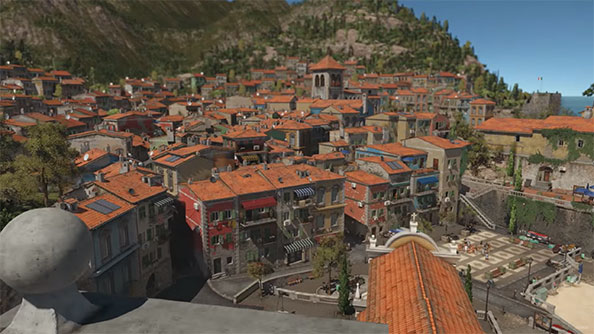 In the Sapienza town square, you see a man in y-fronts idly smoking a cigarette on a balcony, an ice cream parlour brimming with business, and underpasses and alleys beckoning to be explored. The level captures that mediterranean holiday spirit perfectly, and feels like a living space rather than a kid’s toybox stuffed with a whole bunch of action figures that are waiting to be disfigured and destroyed and abused as you please.

The action in Showstopper is contained within one big symmetrical building, but in Sapienza the mansion is just part of a bigger scene, making your steady transition from normality and civilisation to danger and murder far more intriguing.

Sapienza is still a sandbox, and will still be a veritable playground where you can kill Guiseppe the Barista using an ice-cream scoop (hypothetical scenario), but its design feels less boxy than Showstopper and, incidentally, more sandy thanks to its beachside setting. 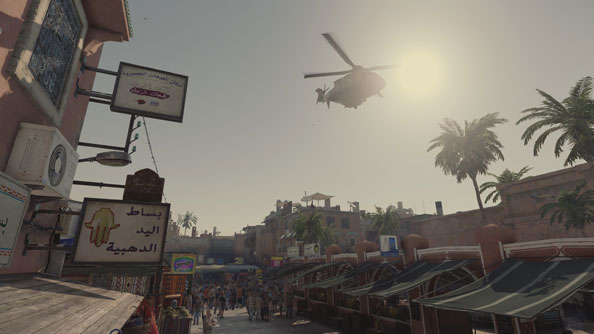 The footage of Marrakesh was much along the same solid lines, albeit replacing the tranquility of Sapienza for the chaos of the Moroccan capital amidst protests and civil unrest. The level simmers with tension and character, as you can wander a flea market, enter bombed-out buildings occupied by military personnel, and eventually infiltrate the Swedish embassy – a clean, clinical environment of glass and metal that you can imagine has its aircon turned down to 15, offering relief from the figurative and literal heat of the Marrakech streets.

The quality of what’s coming up does make me wonder why Square Enix chose to open its episodic experiment with what seems to be the weakest of the early levels (perhaps something to do with its flashy setting and large number of simultaneous on-screen characters making it a media-friendly entrypoint to the series). But whatever the case, Hitman is formidable enough a franchise that people aren’t likely to be put off. We wouldn’t after all, stop playing a great game just because the first level was so-so, would we?

While I remain sceptical about how long repeating the same level over and over again can remain engaging for (five days and going strong so far), it’ll be fascinating to see how the community’s feedback will affect Hitman’s development over the coming months. With solid mechanical foundations, promising upcoming levels, and a bold new format that I’m steadily warming up to, this new, fragmented and strange take on Hitman may yet become the definitive Silent Assassin experience.