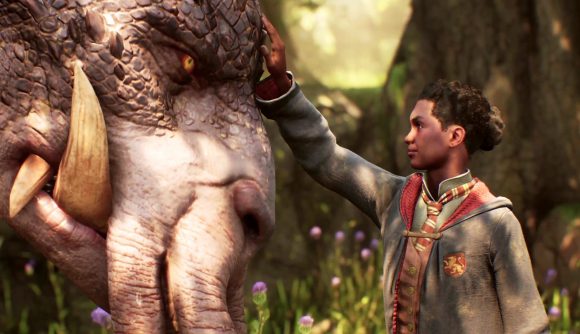 It’s been a long time since there’s been any news on Hogwarts Legacy, the RPG prequel to the whole Harry Potter franchise, and fans are undoubtedly wondering where the highly-anticipated game has got to. Now a new leak and the reveal of a “making of” tie-in book both suggest that the Hogwarts Legacy release date may be down for September time.

If you need a history lesson, Hogwarts Legacy was announced back in 2020 as an 1800s-set prequel to the Harry Potter/Wizarding World series and – like pretty much every Warner Bros game announced back then – suffered multiple delays, although it’s currently still down for this year. As for when in 2022, that’s anyone’s guess.

There’s now been a surprising hint as to when the game might hit, as a tie-in book called The Art and Making of Hogwarts Legacy has been revealed – and it’s due for release on September 6, 2022. It’s written by Jody Revenson, who has done several Wizarding World companion books – but most importantly, if that’s down for early September, then Warner Bros presumably intends to release it around the same time as the game.

A September release was backed up by leak account AccountNGT, which just last week posted that fans could “expect a September release” with a new trailer coming this month or next. While even AccountNGT says their info must be taken with a grain of salt, they correctly called the game’s absence from The Game Awards and that Star Wars Eclipse would be there.

On Hogwarts Legacy because some people have asked about that, expect a September release, next trailer based on skills / abilities in February / March (PlayStation event in any case)

No matter what, release date plans could change, even announced ones – so until Warner Bros confirms for sure, don’t take any of this as confirmation that Hogwarts Legacy is definitely coming out in September 2022. However, it certainly appears to be the current plan, and hopefully we’ll find out more very soon. We can’t keep playing Minecraft Harry Potter forever, you know.