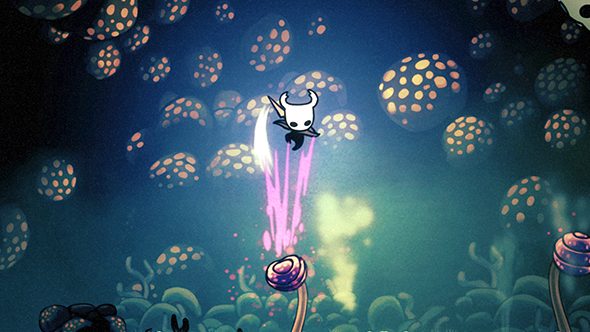 Hollow Knight seems to have it all – beautiful art, an intricate Metroidvania-style world, and tight design to match. It’s also got the sales numbers to go with its quality, as developer Team Cherry confirms the game has sold over 1 million copies on PC alone.

The game returned to the news at E3, when it got a surprise release on Nintendo Switch. The port proved so popular that it sold 250,000 units within a span of two weeks – certainly a good thing for the developer and Hollow Knight fans, though it did obscure an even bigger milestone on PC just a day before.

Support the indie spirit with the best indie games on PC.

“Hollow Knight’s success has in large part been driven by it’s many fans on PC,” Ari Gibson tells Kotaku AU, “with the game having now sold over 1 million copies for Windows, Mac, and Linux (crossing that mark just 1 day before the Nintendo Switch launch). We’ve never publicly mentioned hitting the million mark on PC, so that is another big milestone!”

Sales are obviously moving faster on the Switch, with 250,000 coming in just two weeks as opposed to 1 million in the 15 months following launch on PC. It’s been a similar story with indie games in general lately, as Switch ports have often been selling far better than their PC counterparts. The Switch indies naturally benefit from portability, and they’ve been struggling with the crowded markets of PC distribution – both contributors to the phenomenon.

Still, a million copies sold is nothing to sneeze at, and certainly marks an impressive year for the Australian studio’s debut game. The studio’s been keeping the game fresh with free content like the recent Lifeblood update, and it seems the effort has been very much worthwhile.