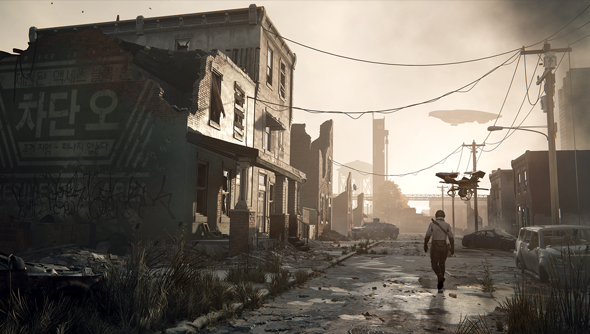 Last week, Crytek attempted to put to rest rumours that the company was in trouble. For months, reports had been coming from sources allegedly within Crytek that employees had not been paid for some time, and that around 100 employees actually walked out.

While the Crysis creator did not touch on the subject of unpaid staff, a statement was made that explained how the company was going through a transitional phase from a developer to an online publisher and that it needed more capital, which it had secured. Where did the capital come from? Today, it looks like it came from the sale of the Homefront IP, which has just been acquired by Deep Silver and Koch Media.

“We are thrilled to see another great IP joining the Deep Silver universe,” says Dr. Klemens Kundratitz, co-founder of Koch Media. “We strongly believe in the potential of Homefront: The Revolution and trust in the new team to continue the path we have been walking in the last years.”

When Crytek made the statement about its transitional phase, it admitted that it had not communicated changes to employees effectively. “Internally, we have acknowledged that the flow of information to employees has not been as good as it should have, however we hope you understand that communicating details of our plans publicly has not always been possible,”

Crytek UK was one of the studios where staff were allegedly struggling to get paid, but have since been paid, and it’s where the walk out took place. The fate of the studio is currently unknown, after three years of development on Homefront: The Revolution, originally under publisher THQ before it went bankrupt and closed its doors.

The game has not had a great deal of fortune. Which is unfortunate, because it looks rather good. Our Jules was impressed when he saw it before E3. “The demo we were shown left me wanting to leap into this dystopian world and start organising my own resistance,” he said in his Homefront: The Revolution preview. “Crytek look to have grown Crysis’ sandbox into a larger, richer game.”