“To be honest it seems a lot worse from the outside than it did while we were going through it,” game designer Fasahat Salim tells me. It could be a line of dialogue from the game itself, spoken in the confines of a decrepit tenement block in occupied Philadelphia, by a rebel soldier as he looks back on the fall of America to the Greater Korean Republic. Deep Silver Dambusters had a less dramatic five years than that, but after well-reported financing issues and three name changes you can’t help but wonder what it must have been like to keep soldiering on with this game.

Looking to spray some bullets around in one of the best in its class? Head on over to our best first-person shooters on PC.

“We’ve been the same guys with this game since we started working on it,” he continues. “It’s not like the project was taken away from us, it’s not like anything stopped for us as developers.”

When development of Homefront: The Revolution began in 2011, those developers were known as Crytek UK, and THQ were footing the bill. In December 2012, THQ filed for chapter 11 bankruptcy and all IPs previously held by the publisher were auctioned off. Koch Media, parent company of Deep Silver, snapped up the Homefront license and agreed to co-publish with Crytek.

“Sure, the publishers changed,” says Salim. “We had THQ, we had Crytek, now Deep Silver. But at the same time, for us as a team we’re the same team, we’ve been the same team working on this since the beginning. All of that stuff was happening, but it never really broke the momentum of development, and the core team has been same throughout.” 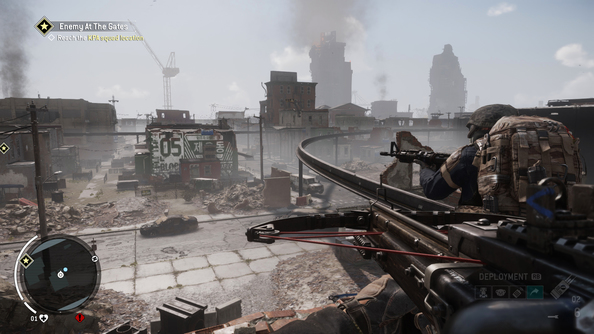 The team hit were faced with another setback in June 2014, when it emerged that Crytek had been missing wage payments for their staff and witheld bonuses. Reports claimed that at least 30 employees of the Nottingham-based studio had departed since 2011 due to poor morale, and that several had filed grievances against Crytek.

In July 2014, after those reports emerged, Crytek announced that they were restructuring and selling the Homefront IP to Koch Media. What had previously been known as Crytek UK became Deep Silver Dambusters Studios, and the developers who had been working on the game in that same Nottingham studio continuously since 2011 appeared to finally enjoy a period of stability in which to finish the game.

It’s not a fairytale development story, and as such it’s easy to take on certain presumptions about Homefront: The Revolution. And Salim recognises that. 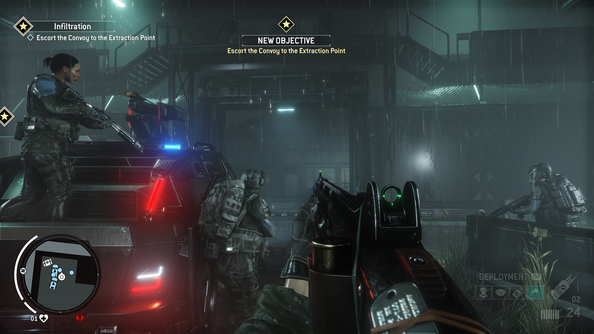 “I can see how from the outside it can look quite ominous, but from the inside it isn’t as bad. Thankfully because we were still developing throughout the whole thing, it didn’t really throw us off too much.”

The chief contributing factor to the game’e extended development period, Salim says, came from each publisher wanting to implement different schedules and tactics.

“Every time there was a change, everyone had their own strategies and their own release plans so that’s the reason it’s been drawn out a bit more.”

When developing under THQ colours, Homefront: The Revolution “was still very much a sequel,” he says. “It was still a linear first-person shooter, very much going on the same pattern as what Homefront 1 was. But when THQ left the scene and Crytek acquired it, we were in the position to break out of it, and that’s what we did. We broke out, we decided to go open-world which was a massive change.”

Dambusters also decided to channel their energy into multiplayer in addition to the story-driven solo campaign. It’s here, in four-player co-op mode, that I get my first hands-on with the game since Dambusters were Crytek UK. 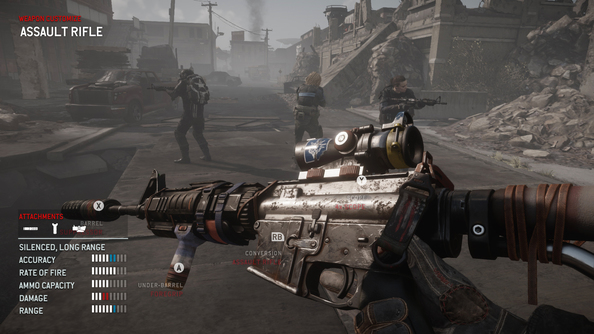 It’s a mode they’re obviously keen on, and have delcared that they’ll be supporting for a full year after release with free new missions. It’ll feature four co-op campaigns out of the box, but Dambusters hope to extend that number into double figures by 2017.

Honestly, one of the most immediately noticeable things about Homefront: The Revolution, in co-op mode or otherwise, is that its graphics don’t look bleeding-edge anymore. There was a time, back in 2014, in which it was genuinely capable of wowing. That time had unfortunately passed, so the game must now rely on its mechanics to engage.

And it does so. Not to a degree that’s going to redefine the genre, but it certainly gets enough right to potentially sustain a co-op community in the long-term after release. The game’s lore allows an enjoyable diversity of modified and home-brewed weapons, from comandeered GKR assualt rifles to crossbows pneumatic pistols to remote-controlled cars loaded with incendiary explosives, ready to be driven underneath an armoured car and unleashed.

If Homefront: The Revolution’s co-op has a defining ‘thing’ though, it’s difficulty. For that reason, don’t play on easy mode. Missions feel curiously abandoned, populated by a skeleton staff. Everything clicks on normal and above, though.

It’s the kind of multiplayer game in which you quickly fall into self-designated roles depending on your loadout. One of my team, for example, is the hacker guy. When an enemy APC or ground drone approaches, he chucks out a hacking grenade and takes control of it before the rest of us try to blow it up. It’s a good system. 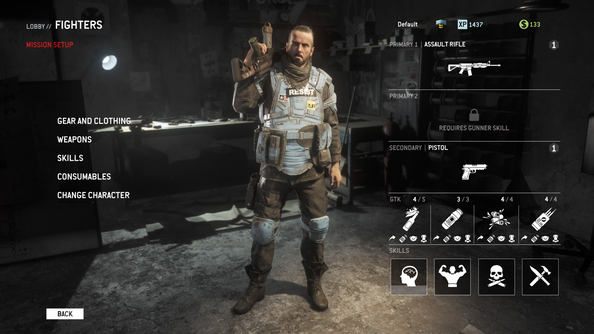 …until he runs out of hacking grenades, of course, and hasn’t salvaged enough parts from enemy corpses and vehicles to make more. Then it’s down to me, the incendiary r/c car guy. I drive my little buggies into dense pockets of enemy troops, or particularly troublesome vehicles via GoPro vision, and let rip.

….until I run out of r/c cars, which actually happens quite quickly as one might expect. Then it’s down to a less finessed approach, characterised by a flurry of Molotov cocktails, frag grenades, and assualt rifle spray. Hey, it works. Some of the time. The times it doesn’t work, there’s always a motorcycle getaway. They’re as fun as they sound, and I’m delighted to reveal that they can be wheelied.

There’s enough challenge and tactical diversity in Homefront: The Revolution’s co-op to sustain an interest in upgrading gear and levelling up a character, which works in a similar manner to Battlefield games, via loot crates. The bad news is that these crates can be bought with real money, which means you can fast-track your way to the best gear if you’re willing to drop some coin.

While any form of microtransaction integration tends to increase the heart rates of a game’s online community (just look at how well it worked out for Overkill and Payday 2), Dambusters stress that there’s no content in the game that can’t be earned for free, by earning it the old-fashioned way. We’ll wait and see how that one sits with the soldiers of the revolution.

There’s a process you need to go through in order to really enjoy this game: first you need to accept that it feels like a game from a year or two ago – because in some ways, it is – then you have to put that behind you and enjoy it on its own terms. Based on my play time, that’s a process worth going through.