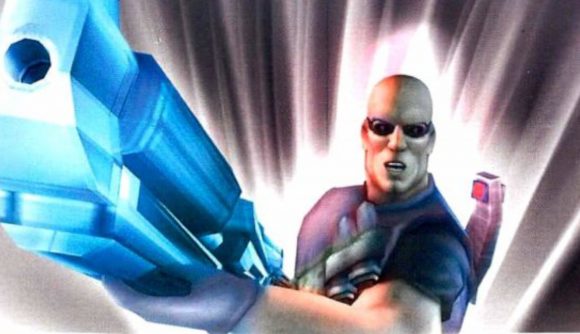 Finally, Free Radical’s cult classic, TimeSplitters 2, is available in remastered form on PC – inside Homefront: The Revolution. 2016’s Homefront sequel has always had an arcade machine that let you play the first two levels of TimeSplitters 2 inside, but a developer recently revealed that the entire game was there all along, hidden behind an unlock code that had been lost to time. Now, just a few days later, players have figured out how to get access to the full game.

According to developer Matt Phillips, who implemented the TimeSplitters 2 port, the full game was meant to be unlockable through some good, old-fashioned cheat codes. “The unlock code has been lost to time,” Phillips says. “I don’t have the notebook with it in anymore. I once gave it to a friend to leak in some Discord channel and they called him a liar and banned his account.”

With that in mind, the community immediately started working to find the code – and did so in a matter of days. The full list of codes to unlock the various TimeSplitters 2 modes are available here, and Steam community guides have even provided save files to minimise the amount of time you need to spend playing Homefront: The Revolution.

If you’re not familiar with TimeSplitters 2 – after all, it never actually released on PC – it’s pretty much a spiritual successor to GoldenEye and Perfect Dark made by a load of former Rare devs. It’s worth checking out, especially if you happen to already own Homefront: The Revolution on Steam.

The code(s) to unlock the full version and all content for Timesplitters 2 within Homefront Revolution have just been discovered. Here you go, everyone. https://t.co/XFgOri2fw6 pic.twitter.com/auLc7Lw6Wt