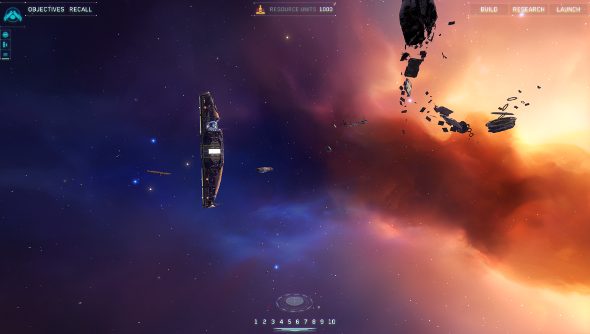 If you’ve been desperate to play Homeworld Remastered Collection but have been waiting for a DRM-free version, then good news: the updated strategy classic is now available over at GOG, and it’s launched with a 50% discount, to boot.

Want to escape Earth? Here are the best space games on PC.

When I looked at how good a job Gearbox did in remastering Homeworld, I was pretty impressed. The Remastered Collection is like playing Homeworld for the first time again, and it looks and sounds just like I remember, which is to say that it looks gorgeous and thoroughly modern.

Here’s what you get with the Remastered version:

The prequel, Homeworld: Deserts of Kharak, is also brilliant, and well worth a look if you can’t get enough of the universe. Despite being set on the ground rather than space, it manages to capture everything that was great about its predecessors.