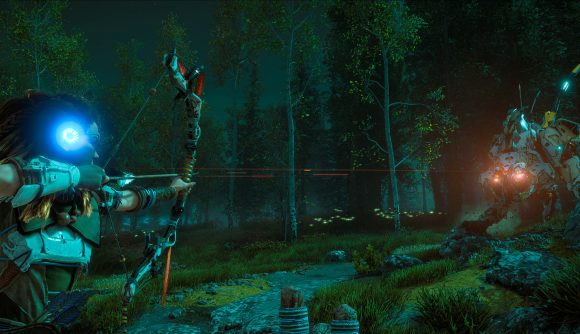 We’re just one day removed from the PC launch of Horizon Zero Dawn, and although many PC players have been enjoying the open-world game, crashes and bugs have prevented others from the same experience. Developer Guerrilla Games has issued an update that it’s looking into the negative reports.

In a post on Steam newshub, Guerrilla states it is investigating all issues that are being reported. “We have been monitoring all of our channels and are aware that some players have been experiencing crashes and other technical issues,” the developer says. “Please know that we are investigating your reports as our highest priority.”

At time of writing, Steam reviews are mixed, many citing crashes and frame-rate drops as the reason for the negative review. The game’s crashing as soon as five minutes into playing for some, according to feedback. Guerrilla invites players encountering any issues to keep the reports coming in. “We appreciate those who have already taken the time to report their issues on Steam, Reddit, or via our website,” the developer writes. “If you are still encountering crashes or bugs, please continue to use those spaces, or refer to our FAQ if you are unsure of how to proceed. Your reports are, and have already been, incredibly helpful for our teams.”

Horizon Zero Dawn was an instant hit upon going live on Steam, attracting over 50,000 players concurrently at its peak. We were reasonably fond of it in our review, as were many other critics, too.

Make sure to have a look at the Horizon Zero Dawn system requirements if you’ve been eyeing a purchase. We have the best action-adventure games, best survival games, and best dinosaur games, if you choose to hold out for the time being.