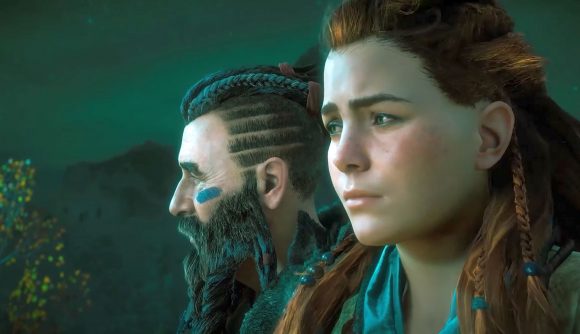 Horizon Zero Dawn’s latest patch has landed, bringing with it a hearty new round of performance and graphical tweaks, as well as fixes for a handful of pesky crashing issues. Developer Guerrilla Games has posted the action-RPG game’s patch 1.09 notes online, and we’ve rounded them up for you below so you can see what’s in store for the (now live) update.

In a similar vein to a bunch of the action-adventure game’s PC patches so far, 1.09 brings a smattering of improvements for its performance and graphics. For example, the update adds a VRAM gauge designed to let you know how much is used up, and how much is free to use, “to help you optimise graphical settings for your hardware”. Plus, the automatic shader optimisation step in Horizon Zero Dawn’s menu has been improved, too. In terms of visual changes, the patch fixes various aspects, such as “HDR looking washed out on certain HDR configurations” and other “multiple graphical glitches”. Sweet.

There’s just one gameplay improvement this time, which targets a hiccup with holding W when looting, meaning it “no longer stops registering other keys until release”.

Check out the Horizon Zero Dawn PC patch 1.09 patch notes in full below (via Guerrilla Games):