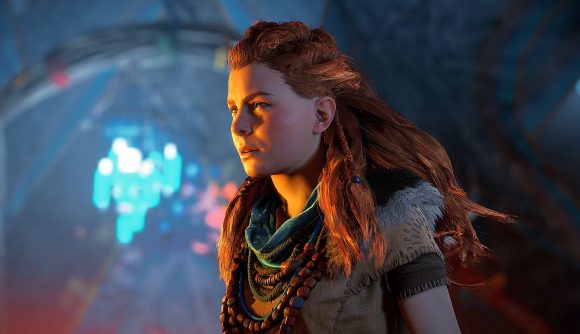 Horizon Zero Dawn has been out on PC for less than a month, but it’s already seen a string of patches meant to address reports of frequent crashes and poor performance. The latest patch is out now, and it addresses another standing concern: snow that didn’t let you leave footprints in it.

Patch 1.03 came out today, and its topline fixes are a list of crashes that occurred under specific circumstances. Crashes have been perhaps the most common complaint PC users have had with Horizon Zero Dawn’s recent port, and Guerrilla Games says it’s continuing to track down issues – and using community-compiled bug reports to help.

One issue that’s been plaguing the game since launch, however, is addressed for the first time in patch 1.03, and that’s the lack of deformable snow in areas where Aloy is supposed to leave footprints. Guerrilla says simply that it’s “fixed an issue where snow deformation was not working correctly in the Frozen Wilds area.” That’s certainly welcome news: why even go to the Frozen Wilds if you can’t make snow angels?

Here’s the full list of patch notes, via Steam:

If you’re still experiencing issues, you can submit bug reports to Guerrilla directly. You also might be interested to know that Sony has been expressing interest in porting more PlayStation exclusive games to PC. We’ve also got a nice big list of action adventure games to try out if you’re looking for something a bit different.