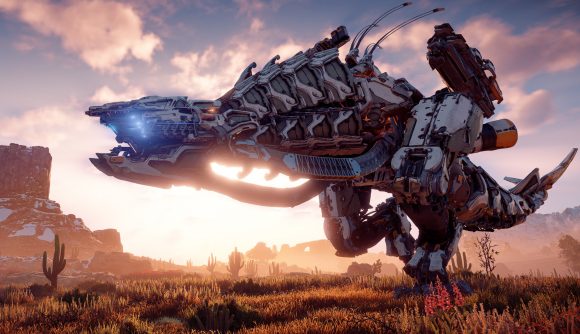 It’s official – the Horizon Zero Dawn Steam release date has been announced, and the action-RPG game’s PC system requirements unveiled. However, if you haven’t yet put in a pre-order for the game, you might find you’ll now have to pay a bit more to get stuck in when August 7 rolls around, as prices appear to have been hiked up in various regions.

As spotted by PCGamer, the upcoming PC game’s Steam forums are chock-full of users questioning recent price changes, and if you head over to SteamDB you can see the adjustments for yourself. For example, as reflected in the price history chart at the bottom of the list on that page, UK pricing for the game on Valve’s platform was previously £32.99, but on July 4 went up to £39.99.

Similarly, a few other countries, such as Australia, Canada, Russia, Turkey, Argentina, and Colombia, have seen pricing increases, too, though it’s not clear why. In terms of UK pricing at least, the increase means the action-adventure game’s cost is now the same on both Steam and the Epic Games Store.

It’s possible, as some users on the forums have suggested, that publisher Sony might have decided to adjust prices in some regions due to some prospective players trying to use VPNs to buy the game at a lower price point, though this isn’t confirmed. It’s also possible the original pricing was simply an error and has now been corrected.

We’ve reached out to Sony for comment and will update this story with any new information.

One thing’s for sure, however – Horizon Zero Dawn’s still shaping up to have a big launch on Steam, currently sitting in the number three spot on the platform’s global top sellers list as of this story. Phwoar.