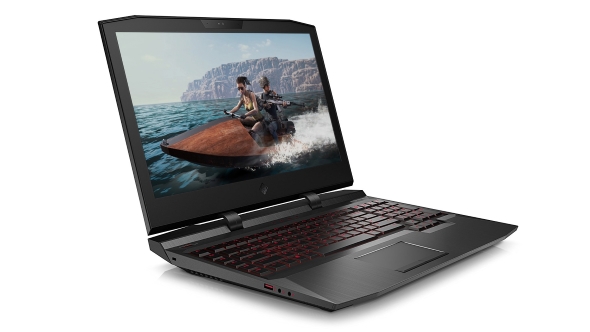 The HP Omen X is a portable gaming PC that doesn’t mess around, with a high-end Intel processor, a powerful GeForce GPU, a speedy G-Sync screen, and a mechanical keyboard. I am struggling to class it as a laptop, however, such is the scale and spec sheet of this 17-inch mobile monster. That said, it’s one of the most capable gaming notebooks we’ve ever seen away from the plug.

A gaming laptop needs one of the best gaming mice. These are our favourites. Aww.

That stellar on-battery performance is probably the biggest surprise about the big-boy Omen X laptop, especially given the fact that it’s got such a mighty specs sheet. The most important component choices are the CPU and GPU that HP have picked for this powerful machine. Inside the chunky chassis is the Intel Core i7 7820HK, the third tier quad-core mobile chip in Intel’s Kaby Lake range, and sat alongside that is a full-fat Nvidia GTX 1070 graphics card.

Coupled with the 120Hz IPS screen, with its native 1080p resolution, that means you’re getting excellent gaming performance right out of the box, with no compromise. HP have also kitted our review unit out with 16GB of speedy DDR4 memory, a 256GB Samsung NVMe SSD, and a 1TB spinny hard drive.

A special note needs to be made about the low-profile mechanical keyboard they’ve fitted the Omen X with too. Because of the high-end components, the chassis is a rather broad 36mm thick, but that means it has the space to house a genuinely responsive, clicky mech-switch keyboard with a satisfyingly deep travel. It’s lovely to type on and on-the-money when it comes to gaming performance too. 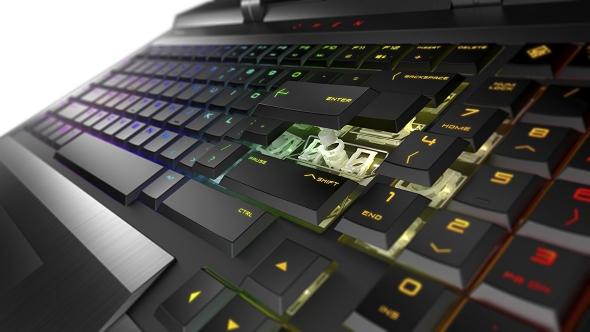 All those fancy bits does mean this machine is a bit of a pricey mobile gaming PC. The UK version we’ve been testing comes in at £2,500, though the closest we can get in the US comes in at $1,895, but that only has a Core i7 7700HQ as its CPU.

But it’s that GTX 1070 which gives the HP Omen X 17 its gaming chops, and at 1080p, you’ll be able to play all the latest games at their native resolution. You won’t necessarily always be able to hit the 120fps you might need to run at the screen’s refresh rate, but the G-Sync support still means you’re getting a deliciously smooth gaming experience. That said, even at max brightness the panel does feel a touch dim.

Away from the plug you’re still getting good gaming frame rates, however, and for over an hour and 20 minutes too. Normally, gaming laptops achieve that by drastically dropping down their GPU clockspeeds to consume less juice, but there is only a relatively small cut going from plugged-in to on-battery power. In the benchmarks below some of the other laptops (we’re looking at you Asus) default to unplayable gaming performance away from the plug. You can mess around with the power settings, but with the Omen X you don’t need to.

That’s because as well as that chunky chassis allowing HP to deliver enough cooling to call the Omen X an overclockable laptop, it also means they’ve got the footprint to drop in an impressively capacious battery too. 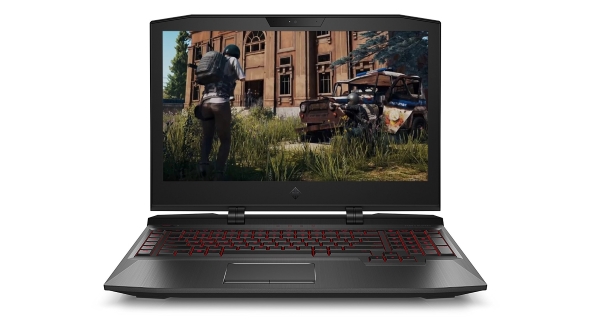 But the Omen X isn’t without its problems. Though, most of them down to the design, not the choice of components, or how they function. I understand this is a desktop replacement machine – a portable, powerful gaming rig, rather than an ultra mobile laptop – so I can deal with the chunky aesthetic. What I’m not so comfortable with are the angular, overly sharp edges.

After only a relatively short gaming session my forearms are red raw where the chassis cuts in just below my wrist as my digits rest on the WSAD keys. And after writing this whole review on the lovely mechanical keyboard they’re feeling incredibly sore. A bit of a bevelled edge wouldn’t go amiss. It’s not a welcome design choice and would drive me to distraction if I were to be regularly gaming or typing.

That’s not the only bum-note in the design either. Why HP have decided that the broad power cable has to be plugged in on the right hand side of the board I don’t know. Yes, the side where most gamers are likely to be using their gaming mouse. It does get right in the way. It’s not even like it’s a discreet, right-angle cable either.

And don’t get me started about the size of that power brick… I’ve made full gaming PCs with the AMD Raven Ridge chips which are almost the same size. 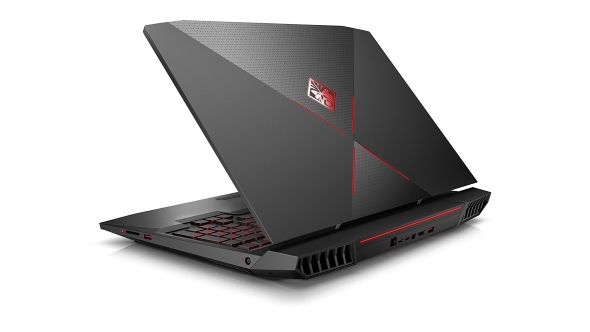 It’s frustrating that those design issues get in the way of what is otherwise a lovely gaming PC. I’m still struggling with the idea that something this big can be a laptop, but the impressive cooling on offer means you’re not going to melt your legs off and, if you’re desk-bound, notebook overclocking suddenly becomes possible too.

Having used the Asus ROG Strix GL702ZC, with its 16-thread AMD Ryzen processor, I’ve been a little spoiled in terms of CPU power, especially when that machine costs around £1,000 less, but in gaming performance the HP easily has the Asus beat. The Nvidia GPU means it will deliver all the 1080p performance you could wish for, and with G-Sync smoothness too.

As a desktop replacement gaming machine then, it’s a winner, so long as you’ve got the cash and a sturdy enough desk to cope with its mighty girth.