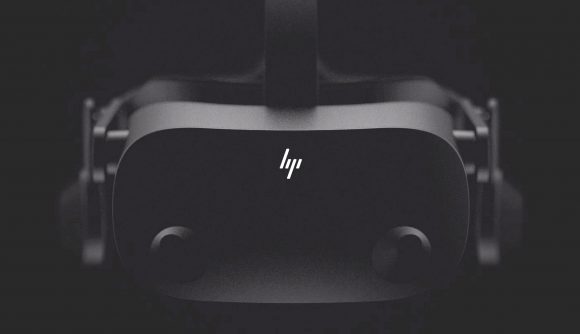 Valve’s Half Life: Alyx has been out for only a day now, and it looks like manufacturers are keen to keep us stocked with fresh VR kits so we can get our Alyx fix. On its Steam store page, HP has teased us with a short clip (via @Nibellion) promoting its upcoming VR headset, in which only the faint outline of the headset is visible (taking a leaf out of Nvidia’s book, it seems), along with the HP logo and the words “no compromises.”

“No compromises.” Oh ominous manufacturing demigod, what do you mean? Well, as long as HP compromises when it comes to price, we’ll be happy. Apart from this enigmatic phrase, on its website HP also blurbs the following: “Developed in collaboration with Valve and Microsoft, the next gen HP VR headset delivers a more immersive, comfortable and compatible experience than the previous generation. It’s the new standard in VR.”

By “previous generation,” HP is referring to the Reverb, its VR headset marketed primarily for use with Windows Mixed Reality (WMR) programs. It seems like this ‘Reverb 2.0’ will be aimed more at those of us wanting our Alyx fix, considering where the teaser has been posted. That, and the fact that it’s been developed “in collaboration with Valve.”

After Valve Index’s stock issues, Valve has already taken steps to allow people the opportunity to play Half Life: Alyx by shipping it with HTC’s Cosmos Elite VR headset. Now it seems like Valve has partnered with HP to provide another means of playing Alyx. Great guy, that Gabe.

It looks like this new HP headset will be completely SteamVR compatible, meaning HP’s planting its feet firmly in the VR gaming world. Presumably, though, its partnership with Microsoft will ensure some WMR compatibility – the “compatible experience” that HP is referring to probably means SteamVR compatibility and integration by default, without having to go through WMR hoops to get it working with the best VR games on PC.

So, HP’s new Reverb VR headset should get you up and running with Half Life: Alyx. But will it make it onto our list of the best VR headsets for PC? Will it compete with the Valve Index? Let’s wait and see…