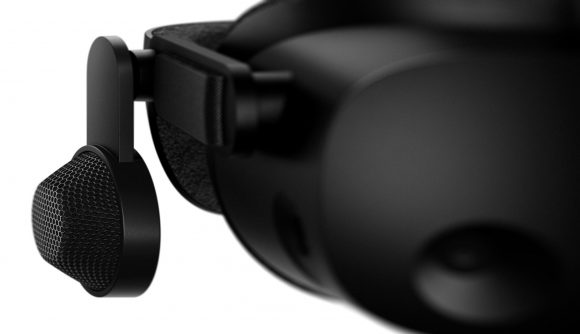 About two months ago HP released a teaser for an upcoming VR headset made in partnership with Valve and Microsoft. Today the company has officially unveiled this new head-mounted display (HMD): the HP Reverb G2. And boy does it look impressive, especially for us gamers.

HP says this is the “highest resolution VR headset among major vendors”, and at 2160 x 2160 per eye (4320 x 2160 total) this is technically true despite it still being at the same resolution as the original HP Reverb. But what’s more exciting than the resolution is the new hardware going into this thing. It seems like HP has taken lots of inspiration from Valve in this partnership, and has Valve-designed hardware to show for it.

We think the Valve Index is currently the best VR headset for gaming on the market, and any tech that can be taken from this ‘as close to next-gen as you can get’ HMD and placed on HP’s new Reverb G2 can only be a plus – especially for the low price of $599, which is what the Reverb G2 will retail for.

Specifically, the HP Reverb G2’s lenses are designed by Valve, and to achieve stunning visual quality these are combined with boosts to clarity, contrast, and brightness, as well as the reduction of persistence and perceived mura (the ‘dirty goggles’ effect that some complained was a problem with the original Reverb). The interpupillary distance (IPD), i.e. the distance between the lenses, is also now mechanically adjustable between 60 and 68mm for easier personal calibration. In other words, then, HP’s Reverb G2 should now have the optics to do its 2K x 2K resolution and 90Hz refresh rate justice. 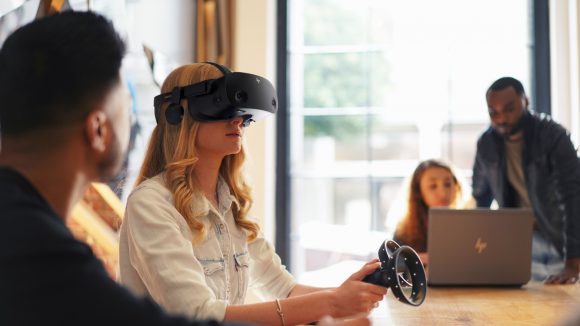 Now, apart from its visuals, one other thing that makes the Valve Index stand out is its fantastic audio. Try out the Index and it doesn’t just make it look like you’re in another world, it makes it sound like you are too. No ‘clamped over the ear’ immersion breaking headphones, no ‘slightly off-kilter’ 3D audio. The Index’s audio drivers are the real VR deal. And they’re in the HP Reverb G2, too.

Yes, HP says the very same speaker drivers and audio calibration from the Valve Index will be included in the Reverb G2, providing – and I mean this literally – unparalleled audio immersion (but obviously still parallel to the Index itself). There really isn’t a more immersive audio system, at least not that I’ve come across.

The Reverb G2 still uses inside-out tracking like the original Reverb, but HP has added two extra cameras onto the headset this time around for over twice the ‘six degrees of freedom (6DoF)’ tracking volume. These extra cameras allow for a wider range of movements than with the previous model (allowing it to track, for example, a full grenade swing arm motion).

There’ve been a load of other improvements made to the HMD, such as, for example: better ergonomics with a 90-degree tiltable headband for easy in-and-out movement, a magnetic face casket that conforms to the shape of your face, an almost complete lack of fabric for easier disinfection, seamless integration with SteamVR, and Windows Mixed Reality (WMR) support for a native-like SteamVR experience. But for those of us wanting only to play the best VR games on PC, the words “Valve-designed” are all we really needed to hear.

Taking the best hardware and ideas from Valve’s Index and adapting them to HP’s wider-ranging market is an incredibly exciting prospect – one that could give almost the same level of immersive gaming experience as the Index without the hefty price tag. And outside of gaming, HP (and its partnership with Microsoft) promises great things for content creators and businesses that need access to VR or MR for their work. It looks to be an impressive all-rounder.