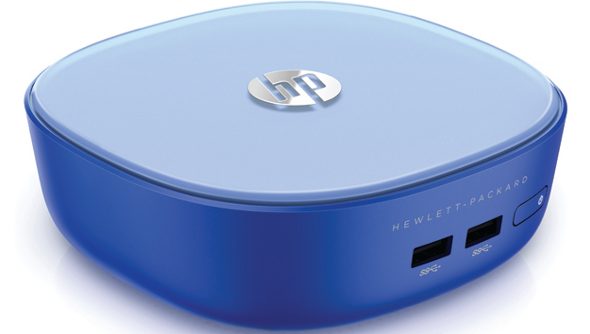 HP has unveiled two new PCs that follow the trend of shoving the innards of a PC into a tiny, cute box at CES today. The Stream Mini and Pavilion Mini look like little toys, but they’re really desktop PCs, setting them apart from the Alienware Alpha and Steamboxes, which are happier nesting in the living room.

These wee machines aren’t competing with gaming PCs for couch potatoes, with them sharing more DNA with Chromeboxes.

The cheapest of the two, the Stream Mini, which will set you back a mere $180, relies on the cloud. With only 32GB of local storage, you won’t be saving much to the device itself, but it comes with a 2 year OneDrive 200GB plan.

With 500GB of storage, the Pavilion Mini is a significant step up, but it doesn’t come with free OneDrive storage. It’s also a bit pricier, at $320.

What else do you get with these cheap desktop alternatives? Well, both have dual-monitor support and only use 45 watts of power. They are both comparable with Chromeboxes under the hood, with the the Stream using an Intel Celeron processor and only 2GB of RAM, while the Pavilion has a Pentium processor and 4GB of RAM.

If you’re considering a miniature desktop alternative, then you’ll be able to pick one of these up next week, on January 14th.