For a brief time some new images of the HTC Vive VR headset was available on the HTC website. They’re gone now, but Steam Database were quick enough to pick up on them and post the images on Twitter. The Vive on show is a little different to the model we’ve seen before, and could well be the second version of the headset’s developer kit. 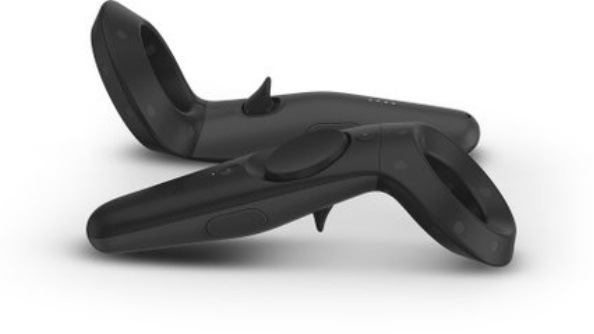 The main takeaway from the images can be found on the main headset’s front panel: what looks like a camera is nestled into the casing in the middle of the ‘visor’ section. Previous Oculus Rift kits have used cameras before, but as a tracking solution and thus not part of the headset itself, but a desktop gadget that watched your head movements. Quite what having a camera inside the headset means is unclear now (if, indeed, it is a camera at all).

The images also give a clearer picture of the hand-held controllers, which act a little like the PlayStation Move.

If you’re a developer interested in creating VR games, you can now request a devkit from HTC themselves at the HTC Vive store.