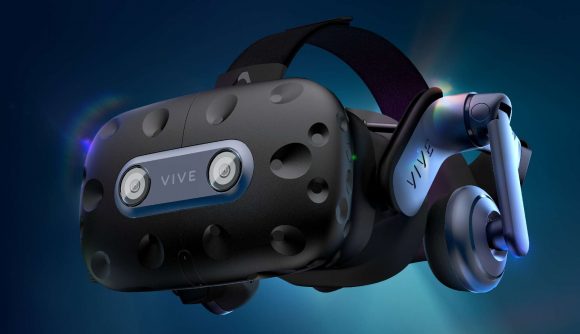 Virtual reality isn’t the eye-wateringly expensive beast it once was, expanding to include a wide range of hardware from the entry-level $299 Oculus Quest 2 to the $999 Valve Index, but HTC is putting forward another contender for the best VR headset. While its newly announced Vive Pro 2 might look pretty similar to its Vive Pro predecessor, however, it’s anything but.

It’s a big improvement over the previous model, now packing 2448×2448 pixels per eye for a combined 5K resolution. Pair this with a 120Hz refresh rate – similar to that of the best gaming monitor – and this looks like it could be a top-tier headset that’ll help you experience games like Half-Life: Alyx as they’re intended. You’ll definitely want the best graphics card to take full advantage of this headset’s high resolution and frame rate, however – which is easier said than done with the current stock issues.

There are also built-in headphones with certified Hi-Res Audio and 3D spatial sound, so finding yourself the best gaming headset shouldn’t be necessary to get an immersive VR experience. It’s backwards compatible with the lower-bandwidth DisplayPort 1.2 too thanks to Vesa’s Display Stream Compression tech, as found on the latest 4K 144Hz monitors.

The Vive Pro 2 doesn’t come cheap, with the full kit containing the head unit, tracking station, and controllers coming in at a whopping $1,399 / £1,299. It’s compatible with previous Vive tracking stations and controllers though, so HTC also offers the headset standalone as an upgrade to your existing Vive VR setup for a slightly more manageable $749 / £659.

It’s available for pre-order from today, before orders ship on June 4.