Hold steady, VR fans, the future is almost with us. The $799 HTC Vive is set to start shipping any day now, and processing confirmations for pre-orders have revealed the final contents of the package.

There’s a surprising amount of stuff bundled in to take you away to your virtual worlds once the Vive makes it to our doorsteps next month on April 5. Aside from the controllers and the headset, you’ll also get two base stations and the power supplies for them.

There’s a vague Noah’s Ark vibe to the contents list as two of almost every major component will help you out if you’re setting up a specific space (say the spare hangar you’ve yet to redecorate) to walk about in as well as your standard seated battlestation.

If you want to see what the final, surprisingly large, box looks like then Bloomberg has a video of some guy unboxing the headset sat in a room far too small to set it up in. Look, he just jams it on his face without even touching the USB cables or sniffing the manuals or anything. Mad.

Here’s a breakdown of all the stuff he’s missing out on, sat there with his eyes frantically darting around an empty, dark void, expecting the future to engulf him at any moment: 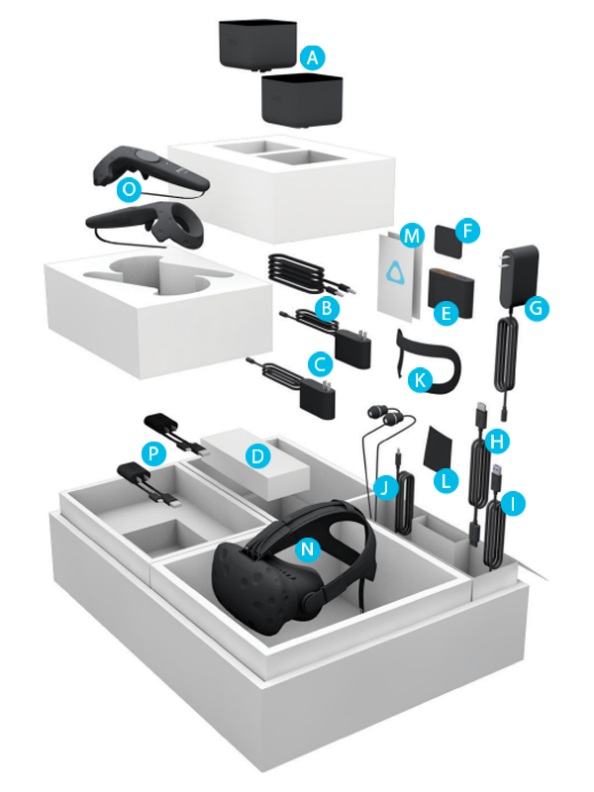 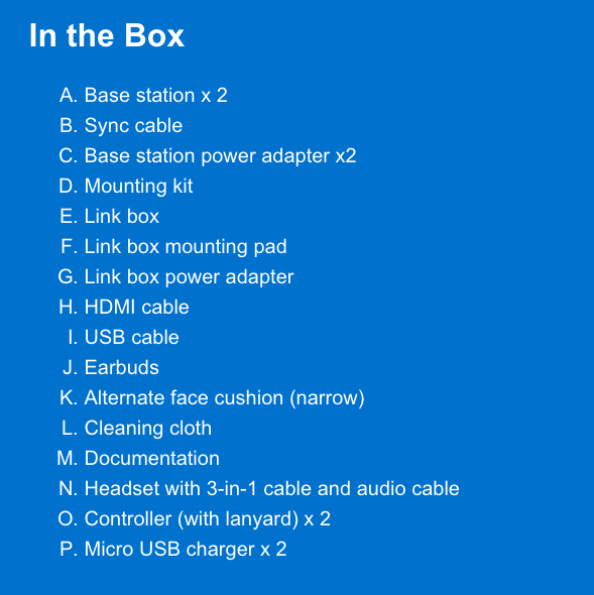