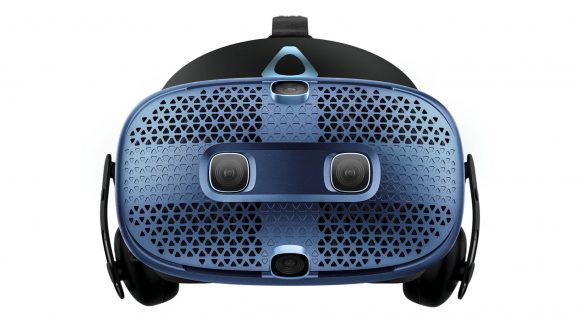 HTC has confirmed the Vive Cosmos will be available to purchase October 3, 2019 with a price tag of $699 (£699) – and pre-orders go live today. The company that brought us one of the first notable tethered VR headsets for PC, the HTC Vive, is now facing off once again with the likes of the Oculus Rift S and Valve Index for headset domination – but does this stylish new entrant have what it takes?

The Cosmos shares many similarities to the Vive, albeit with more attention-grabbing styling. One of the more notable changes to the headset’s facade is the inclusion of a number of extra cameras, necessary for the Cosmos’ inside-out tracking. The change means you can wave goodbye to the fiddly base station setup currently required by both the Vive and the Valve Index.

Once operational external tracking often shows its worth, however – it’s the preferred setup for smooth, accurate operation if you’ve got the space, mounting locations, and time to do so. With that in mind, HTC has announced the very first mod for the Cosmos: the External Tracking Mod. This allows for existing base stations to be used alongside the updated Cosmos design. But you will have to wait until Q1, 2020 for this unit to launch.

Other features of the updated design include a resolution increase up to 2880 x 1700 – some 88% increase over the original Vive – and new LCD panels with a reduction in distance between pixels, aiding to reduce the screen-door effect that many will notice in first-gen VR headsets.

And to keep you lost in the wonderful world of VR, HTC has seen fit to upgrade the ergonomics of the unit. The weight of the unit is distributed more evenly across your cranium right out of the box, and it now also includes a simple flip-up design to easy take the headset off without blindly scrambling around with the straps. 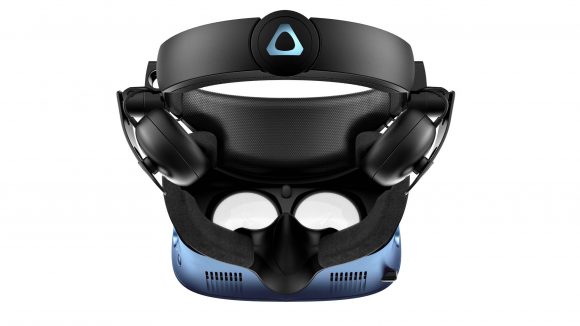 But is the £699 price tag enough to take on the competition? The Valve Index swanned in and won over our hearts in the office for its overall virtual experience – but at £919 it’s not entirely a comparable product. What the Cosmos will have to compete with head-on is the Oculus Rift S. While similarly offering inside-out tracking and improved visual fidelity, the Rift S is a slightly pared down model. Still, at £399 it’s a lot cheaper, and poses a considerable threat to HTC’s latest tethered venture.

At least this model is slightly cheaper than the £799, marginally improved HTC Vive Pro VR headset.

The HTC Vive Cosmos is available to pre-order today for $699 (£699), and will be delivered October 3. The headset will include two controllers in the box, and pre-orders will also receive a 12-month subscription to the company’s VR game and app subscription service, Viveport Infinity.