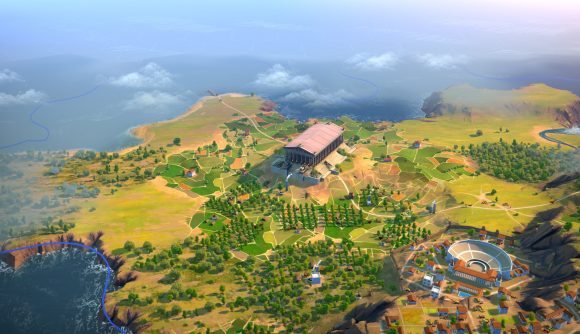 Amplitude’s new 4X game Humankind has been out for around three weeks now, and strategy fans are starting to figure out all of the crazy combos and yields that are possible in the same way as in Firaxis’ Civilization VI.

We reported on one example of crazy yields from the open beta, connected with the Angkor Wat world wonder. It seems that this monument is still capable of some astronomical outputs, as months later other users are sharing their own experiences with your boy Angkor. User Koakatora on r/Humankindthegame goes into detail as to how they decided to do a run involving a single city. They managed to get a ridiculous amount of food output from the wonder after they chose the Spanish culture in the Early Modern era.

Meanwhile, user Sinmayan from the other Humankind subreddit – r/Humankind – posted an edited screenshot showing an Angkor Wat with a high food production. They don’t share any information as to how this figure was reached, however. In the same thread, other commenters suggest Humankind’s version of Machu Picchu is also a bit busted due to how it can boost the food production of other cities, although there are claims that the wonder’s effect doesn’t work as it should right now.

Speaking of Koakatora’s single city playthrough, here is an example of a ridiculously large city from user Hawaiianjoey:

Between this and some specific Humankind culture combos that maximise food output, you’ll never want for population, at least. We can’t wait to see what crazy combos emerge for the other key resources types.

Humankind recently received another patch with a bunch more quality of life fixes, including one that stops the AI from becoming omniscient, and one of the other things Amplitude is working towards is bringing dedicated mod support as soon as possible. If you’re still on the fence about it, check out our Humankind review.

Meanwhile, Civilization fans may want to read this quick comparison on where the newer game differs from Firaxis’ classic design.