Ok, so Humankind has been delayed until August, which sucks, but at the very least it will give Amplitude plenty of time to work its magic on the highly anticipated 4X game’s key systems. We previously reported on a Humankind dev diary looking into warfare, and now the studio is back with another diary that looks at the other side of that coin: diplomacy.

“What was really important for diplomacy is the stories that players tell each other,” says Humankind’s lead game designer William Dyce in the video diary. “In order to be historically authentic we needed to add more tools into the player’s toolbox.”

These ‘tools’ Dyce mentions can include more nuanced interactions with other nations, such as bribery and basic propositions, as well as threats and outright demands. While at peace you can propose various kinds of treaties (provided you have unlocked them), or try to form an alliance. Civilisations that are allied with each other get the benefits of all basic treaties, and then can propose more advanced versions of those same agreements.

The development team at Amplitude is keen to try and keep things grounded in a physical space as well, so that as many aspects of diplomacy relate to something physical, such as territory or resources. 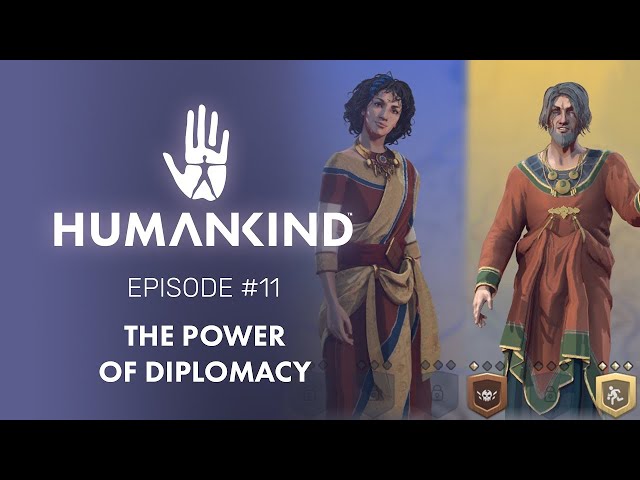 “Your civilisation needs resources,” Dyce explains, “to build units, infrastructures, and to boost the economy. You can acquire these resources aggressively by claiming territory, or by buying them from another civilisation.”

If you act too aggressively against a neighbour (or they act aggressively towards you) it can generate something called a ‘grievance’. These can be forfeited in order to maintain a positive relationship, or pressed to demand compensation. These subtle interactions and trade-offs can easily create justifications for war, but Humankind does allow for ‘surprise’ wars, much in the same way as rival Civilization VI.

Your relationship with other nations can also be defined by the inward-focused choices you make as well. Humankind has many events and similar styled bits of content that will gradually let you shape your nation towards a specific ideology. 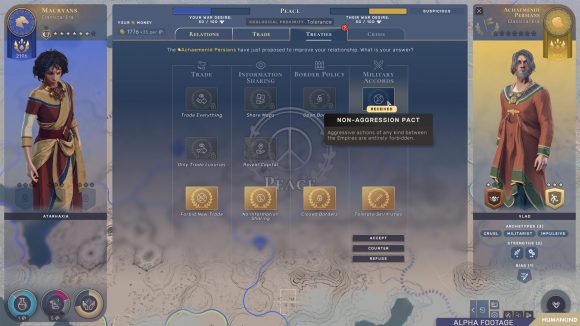 As a civ’s ideology crystallises, it can then be compared to other civilisations to generate what the dev team calls ‘ideological proximity’, essentially a top line reading on how similar your nations are to each other in terms of their outlook on life.

The closer you are to each other, the easier it is to form peaceful relations and the harder it is to maintain a war against them, mirroring how peoples who share a very close cultural bond can find it difficult to attack each other. On the other end of the spectrum, it’s far easier to go to war with (and also, make agreements with) a nation whose ideology is quite different from your own.

If you want to read more about how Humankind handles diplomacy, you can read Amplitude’s in-depth dev diary on the subject. Humankind will be released on PC via Steam, Epic Games Store, and Google Stadia on August 17, 2021. It is available to pre-order right now.