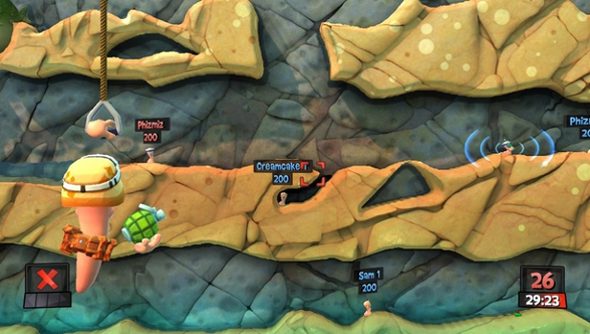 While you might normally expect to find worms in dirt, these horrible, wriggly creatures can really get in anywhere. You’re probably only a few feet away from thousands of worms right now. And that’s not good, because they are violent, well-armed wee beasties.

Even game bundle sales aren’t safe, and today, Humble Bundle has been infested with the creatures. For the next week, Team17 are offering nine Worms games, with some of the proceeds going to GamesAid.

If you pay $6 or more, you’ll aslo get Worms Revolution Gold, Worms Reloaded GOTY, Overruled! and Light. If you toss $15 at the bundle, Flockers and four copies of Worms: Clan Wars will also be yours.

You’ll get a bunch of wormy soundtracks, too.