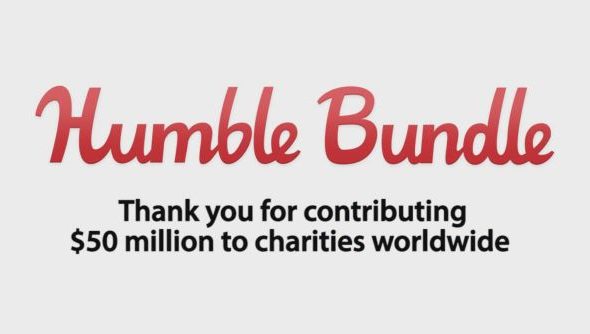 Update February 15, 2017: The Humble Freedom Bundle has been updated, with 16 more games entering the hefty package.

The bundle has thus far been a massive success, with over 130,000 sold at the time of writing. No doubt that number will jump up now that there are even more games up for grabs.

There are some great games in the deal. Check out our list of the best PC games for more recommendations.

Unfortunately, Subnautica has sold out. Still, there are these 16 games to get stuck into:

Nuclear Throne developer Rami Ismail tweeted his surprise at the speed of the sales. Either people are really keen on the cause, or they like lots of games for very cheap.

Read all about the bundle, along with the full list of games, below.

Original Story February 13, 2017: This might be the most ridiculously good value Humble Bundle yet, and it’s all in the name of freedom. In the latest bundle, you can get $600 worth of games for a mere $30, and the proceeds are going to help immigrants fleeing conflict zones.

The best thing about this bundle – other than getting loads of good games really cheap – is that 100% of the proceeds are going to charity. Humble are even going to match up to $300k of contributions.

The American Civil Liberties Union, the International Rescue Committee, and Doctors Without Borders/Médecins Sans Frontières (MSF) are all being funded by the charity drive.

You have from not until February 20 to get the following games for $30:

Even more titles will be added next week. Grab it at Humble Bundle.