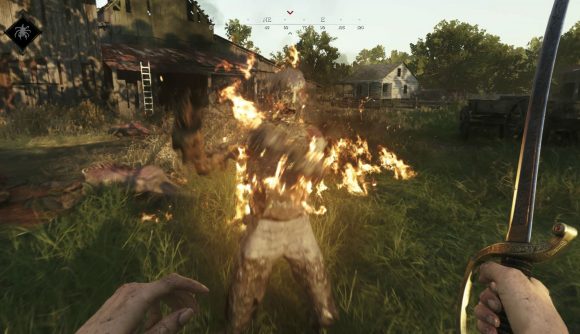 Hunt: Showdown players had been looking forward to update 1.7.2 since before the new year, since the Weird West PvPvE multiplayer game had been exhibiting strange performance problems. Last week’s update was meant to address those, but when it arrived, many players found new performance issues in the game. Fortunately, Crytek has figured out what was happening and released a hotfix, which is available now.

It turns out that one of the major contributors to performance problems in Hunt: Showdown was an older update that changed the way the client made calls to the Steam overlay. Effectively, it was asking for information from the overlay every single frame, which as you might imagine required a significant amount of system resources. The latest hotfix corrects this, and now Hunt: Showdown will only make calls to the Steam overlay for specific events, such as when you launch the game, or when friends join your lobby.

However, a new issue was introduced with version 1.7.2. The Hunt: Showdown team realised it had “inadvertently” changed a setting that has to do with code optimisation, but only after the latest update had gone live. Fortunately, the team has now flipped that switch back to its original position and generated a new build.

The team is careful to caution that this hotfix still won’t fix all of Hunt’s performance problems for all players, but it should at the very least correct the new issues that appeared when the 1.7.2 patch arrived last week. The team says it’s still hard at work tracking down the sources to the remaining performance issues players have reported.