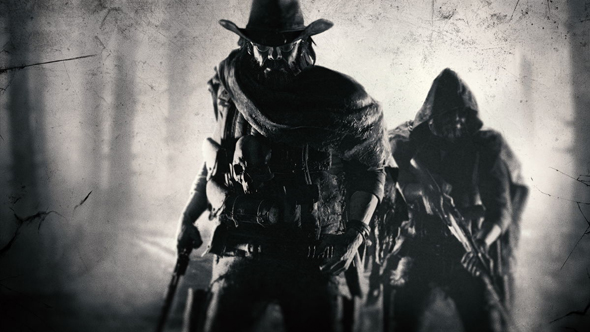 The team went through some of the highlights from the update, beginning with what they proudly refer to as “anti-camping measures”. While the developers feel that this is a valid strategy, many players have complained that camping is an “auto-win” in many situations, so the team are taking measures to rectify this imbalance.

Crytek have tweaked compound layouts so there is more defensive cover, with the aim of “generally making camping more difficult”. Level Design Director Chris Auty goes into detail about these map changes in this video.

They have also added banishing rewards to incentivise players to get up close and personal with bosses, rather than just watching other players do the dirty work from a distance, then reaping the rewards by taking those injured players out. Completing a banishing now restores hunters to full health and gives an additional health bonus, and killing, banishing, and extracting with at least one token nets you a bonus of 25 bounty.

Outside of hating on campers, the Hunters themselves have received a significant update. Regardless of tier, all Hunters now start at 150 health, and fall damage is now more realistic – jump off a church roof and you’ll die. Jumping itself now costs 20 stamina, so there’ll be no more bunny-hopping around the map.

The weapon and inventory system is now a lot tidier, and Crytek have added five new weapons including a number of rifles, a flash bomb, and a poison bomb that can cause damage over time. There are also 12 new traits:

You can check out the full patch notes on Steam.