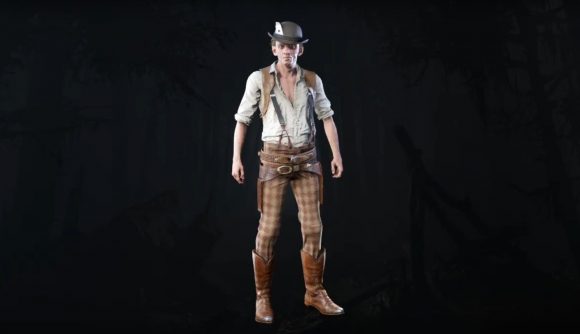 Update 1.7.2 for PvPvE multiplayer game Hunt: Showdown arrives tomorrow, January 27. The patch addresses some of the performance issues Hunt players have been reporting since December, but it also adds some new weapon variants, reward systems, and balance changes that should make (after) life on the bayou even more exciting.

First up, there are the new weapon variants. The Scottfield revolver has three new variants to unlock, while the Berthier rifle has a new ‘deadeye’ variant. In order of unlock on the Scottfield tree, you have the new snubnose Scottfield Spitfire, the stock-mounted Scottfield Precision, and Scottfield Swift, which trades the ability to top off its ammo with speedloaders that get the job done six rounds at a time. Winfield and Winfield C variants will be able to equip full metal jacket rounds that have increased wall penetration and a higher effective range.

There are new daily rewards to chase in Hunt: Showdown coming with the 1.7.2 update as well. Each day, every hunter on your roster will be eligible for a one-time first bounty extraction bonus, which adds a bonus 15% to hunter XP and a bonus 20% to any Hunt dollars earned in the mission, as long as you successfully extract with a bounty token.

You’ll also be rewarded for consecutive days with successful extractions. Extract with a bounty token with any one of your hunters for five days in a row, and you’ll earn an additional 25 Blood Bonds.

You’ll also earn new random rewards in Dark Tribute Progress as you rack up bloodline XP. At specific experience thresholds, you’ll get a chance at earning a random reward that could range from some extra Hunt dollars or Blood Bonds to an exclusive legendary hunter – it’s the Revenant, before he picked up that nasty gunshot wound to his chest.

The first Developer Live Stream of the year is here! Join us and learn everything about the Update 1.7.2!

Hunters will want a heads-up on a few of the balance changes coming with this patch. You’ll need to be extra careful with explosives going forward, since they’ll no longer deal reduced damage to yourself and your teammates. This includes all dynamite sticks and bundles, explosive ammunition, explosive barrels, and bomb lance splash damage.

All dual wielding pistol pairs will see a “significant increase to recoil,” and you’ll no longer get any accuracy bonus while using fanning or levering when you’re crouched with these weapon loadouts.

The developers said they’ve heard feedback on the Cain skin, which players have noted is too difficult to spot compared to other hunter skins in the game. He’s being revised, the devs say, but those changes won’t appear in this update. They’re also still at work on the 2D replay map, so stay tuned for future updates.