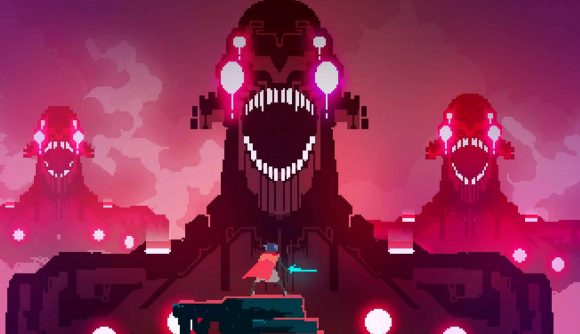 Adi Shankar is on a gaming roll these days. After producing the excellent Netflix Castlevania series, he grabbed the TV rights for Devil May Cry, with the promise that “the jabronis in Hollywood can’t fuck this one up.” Now Shankar has his sights set on something much lower-profile – the 2016 indie favourite, Hyper Light Drifter.

He’s working alongside game director Alx Preston to bring the series to life, but it sounds like the adaptation is still very early in the planning stages. Together, they’re reaching out to writers for the series, and working out exactly how to represent the game’s foreboding overtones and artistic style in the series.

Apparently, even the idea of whether or not the show will have dialogue is still up in the air. “There’s still a question of how much dialogue we really have, if any,” Preston tells Polygon. “Could it be a more silent series or would we have voice acting? Considering Hyper Light was wordless, there’s an idea there of how much that would carry over to to a show.”

Preston does make the most important promise: “We’re going to make it cool.”

Expect a long wait before hearing more on the Hyper Light Drifter adaptation, as these projects tend to spend a long time in the development phases.

Solar Ash Kingdom is the next game from Hyper Light Drifter studio Heart Machine. It shares the previous game’s aesthetics and setting, but will tell an unrelated story in a fully 3D world.