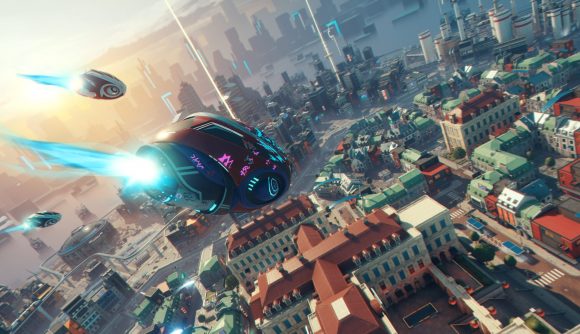 The open beta for Hyper Scape, Ubisoft’s futuristic battle royale game, is set to conclude in just a few days, on August 2. Ubisoft has announced that the official Hyper Scape release date will follow on August 11, kicking off its inaugural season, titled The First Principle.

Season One of Hyper Scape will naturally come with a battle pass, which offers the customary free and premium rewards tracks for playing the game and completing challenges. You’ll be able to buy the premium pass for 950 Bitcrowns, Hyper Scape’s in-game currency. Both passes offer a range of cosmetic options to earn over the course of the season.

When the season launches, new content will be available in the game, too – there’s a new gun called the Dragonfly, which works well at mid-range, and a new hack called Magnet, which works as a kind of trap. Those will bring the total number of guns and hacks in Hyper Scape to 11 each. Additionally, Ubisoft says season one will include several as-yet-unannounced limited time modes to try out. 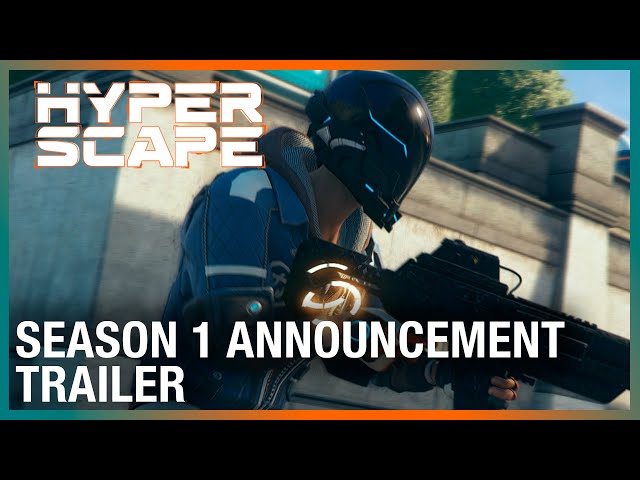 Starting today, Ubisoft is also offering a way to get a discount on that first premium battle pass. If you play the beta or watch Hyper Scape on Twitch between now and August 3 at 12:59 EDT/ 7:59 BST, you’ll earn 600 Bitcrowns to use in-game – and you can easily put those toward the 950 Bitcrown battle pass.

Note that in order to earn these Bitcrowns through Twitch, you’ll need to have the Crowncast Twitch extension enabled.

We’ve enjoyed what we’ve seen so far of Hyper Scape – Jordan says that while the stylish, free to play game is a bit thin on personality, it’s full of big, new ideas.