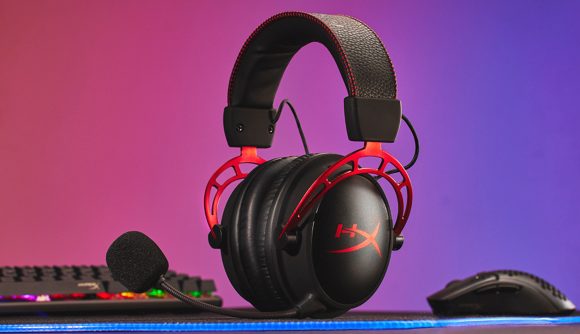 There’s nothing quite like the freedom of going wireless, never to be tangled or snagged again, but you’ll always have to think of that darned battery life. Unlike mice and their wireless charging mouse pads, it’s just a matter of time before you’ll inevitably need to return to your tether with a wireless gaming headset. Fortunately, HyperX has put up to 300 hours between you and that dreaded cable with the Cloud Alpha Wireless.

To put this in perspective, that’s around 12.5 days on a single charge, letting you game for over a week before you’d need to juice it up again. What’s more impressive is that this isn’t using Bluetooth; it’s entirely through HyperX’s proprietary 2.4GHz dongle, meaning you’ll get next to no tangible latency in your audio and lips are always synchronised.

HyperX claims that the Cloud Alpha Wireless is the “longest-lasting battery in a wireless gaming headset,” and it might be right. The EPOS Sennheiser GSP 370 is one of our favourite pairs of cans to travel with, but even they only last 100 hours at a time.

Since this is a member of the Cloud Alpha family, it features all the usual suspects, including 50mm drivers, a leatherette, memory foam, and aluminium construction, a detachable noise-cancelling microphone, and on-board controls. It’s slimmer and lighter, though, with improved Dual Chamber technology. 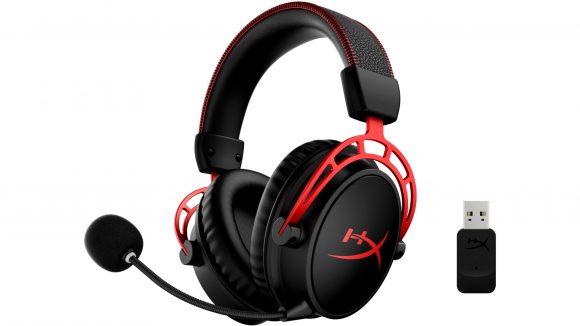 The Cloud Alpha Wireless is certainly the centrepiece for HyperX at CES 2022, but it’s not the company’s only new product. It also revealed its Clutch wireless gaming controller and the Pulsefire Haste wireless gaming mouse with over 100 hours on a single charge.