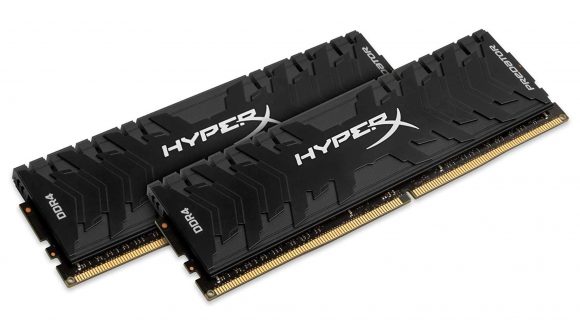 While DDR5 RAM could arrive in just a few months’ time alongside the launch of Intel’s Alder Lake processors, DDR4 is certainly no slouch. HyperX is out to prove that you don’t necessarily need the next generation to get the best speeds possible, as its new set of Predator memory packs a 5333MHz frequency out of the box – which is more than DDR5’s base frequency.

These sticks are certified to work with Intel’s XMP technology to hit that high clock speed without too much faffing around, although it’ll also work with the best gaming CPU from AMD if you don’t mind tweaking things in the BIOS. It uses the same heatsink that you’ll find on the company’s lower-end 2666MHz modules, but it seems this won’t be a problem when it comes to cooling.

Don’t expect it to come cheap though, with a 2x8GB 5333MHz set costing you $1,245 – which is more than the price of our best gaming PC build at MSRP. Much like the 7156MHz record, this memory isn’t necessary for anything other than bragging rights given that speeds have a negligible effect on games, although it could help speed up productivity-based applications like video editing.

You’ll also have to do without RGB lighting, unless you settle for 4000MHz. The current generation of memory is likely to be a staple of our best gaming RAM guide for a few years yet, especially with new modules that beat DDR5’s 4800MHz base frequency. DDR5 holds a lot of potential when it finally reaches the mainstream, however, with some companies aiming to hit more than 10000MHz. It’ll be a long time before we see affordable five-digit speeds, though.