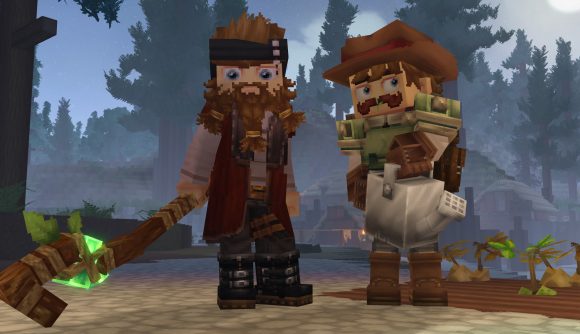 Hypixel Studios has its start among the people behind one of Minecraft‘s biggest community servers, and the studio has called its first project, Hytale, a “Minecraft challenger“. Now, Hypixel has been acquired by League of Legends developer Riot Games, and the studios still plan to launch Hytale sometime in 2021.

Riot was among the early investors when Hypixel was founded in 2018, and several members of the studio had worked at Riot in the past, so the move is a culmination of an existing relationship. Hypixel will continue operating in its current structure, though with some development – and obviously financial – support from Riot. The studio’s opening an office in Northern Ireland, and plans to add around 20 new staff members for now, with more to come as development progresses.

The acquisition comes as Riot ramps up its development of non-League of Legends titles – after years of promises to “put the ‘S’ back in Riot Games”, we’ve gotten Teamfight Tactics, Legends of Runeterra, and Valorant in a remarkably short period of time, with more to come. A Minecraft-inspired take on sandbox games will certainly help fill out that portfolio.

In an official FAQ, Hytale’s developers assure fans that there are going to be no major changes to the game as a result of the acquisition. The studio is “still finalising” both whether Hytale will be free-to-play, and whether it will require a Riot Games account.

“When we led the investment in the Hypixel Studios team two years ago,” Riot business development chief Brian Cho says in a press release, “we saw a group deeply immersed in existing block games who believed that the genre could better serve its community. This acquisition will bring our collaborative efforts with Noxy and the Hypixel team even closer together, and we can’t wait to see how their work continues to evolve.”